On Patrol with Charlie Company 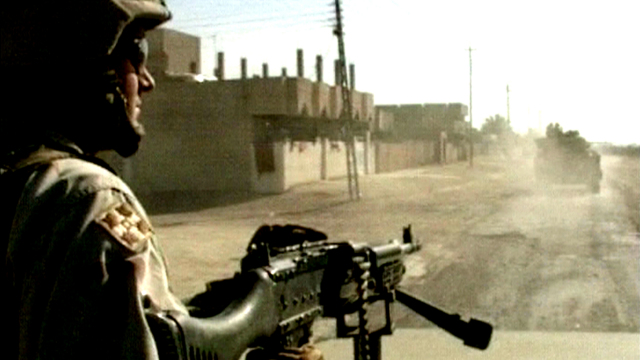 This film of life with 'Charlie Company', an American combat unit of the 4th Infantry policing a civilian town is dynamite. It is a shattering insight into how America is aggressively setting about LOSING the battle for hearts and minds....officers and men hyped up, jittery and fuelled by fear, battering their way into civilian homes roughing up the civilians within..bagging their heads and parading them in the street and then posing in front of the prisoners for family album photos. It is a stunning and instructive watch.