The women's battalion of the Sandinista rebels became one of the defining symbols of the US-funded Contras. Now, we join Magali as she looks back on that revolutionary time, and regrets that their dreams of justice and independence were never fulfilled. 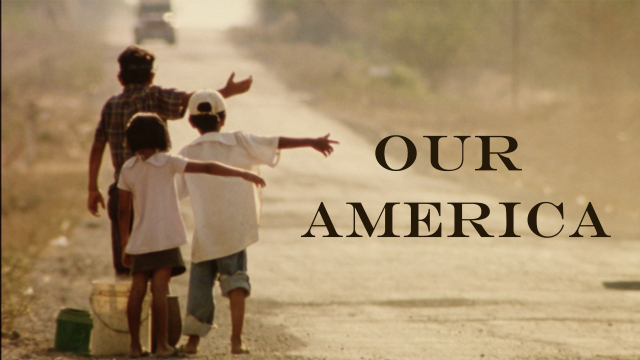 Barely out of her teens, Magali joined a women's battalion of the Sandinista rebels and fought the US-funded Contras. Footage of Magali with her comrades became one of the defining images of a revolution driven by young idealists. Twenty five years on, the journalist who filmed Magali returns to Nicaragua to track her down. She finds a country changed beyond recognition, where the proud young rebels of yesterday are haunted by regrets. What happened to their dreams of independence and justice?

Filmmaker Kristina Konrad stares at a photo of a young woman in military fatigues, smiling proudly at the camera. "It shows a moment when everything seemed possible ... a promise of a revolution that was worth living for". Today, Magali, the woman in the picture; "is as exotic to young people in Nicaragua as she is to young people in Zurich or Berlin". It's almost inconceivable to them that it was their parents fighting on the frontline. "I remember a country that no longer exists. A country that never existed", states Kristina. When she was last in Nicaragua, it; "was a place of utopia, of revolution." Thirty thousand women joined the Sandinistas, fighting the Contras, an army of mercenaries financed by the US. "They had a vision that life in Nicaragua would change - their children will grow up in a world that is more equal for everyone", states mayor Don Lewites. Today, those dreams lie in tatters. "Many say 'Why did we fight if things got worse'" claims Don Lewites. "After 25 years, there is still no work". Hotel worker, Don Francisco describes how the Sandinistas behaved worse than the cronies in Somoza's dictatorship. "They cheated us with their promises. Rich people were scared to come here and invest in this country." To understand why the revolution failed, Kristina goes in search of Magali. The idealistic young rebel in the photo is now a weary lawyer. She "never talks about the war", to her young sons. They can't understand why she joined the Sandinistas. "The Sandinistas should have invested in something else instead of war", states one. "I don't like war because people die." But Magali herself remains committed to the cause. "After the war, I was given a scholarship to study law. We owe many things to the Sandinistas". Like the other women who joined up, Magali battled more than just the contras. "During the time we were mobilised, we fought against the machismo of men who don't respect women". She describes what it was like living in constant fear of death. "We felt dead because we never knew if we would wake up dead." As another former fighter states; "I would walk with a bowed head if I hadn't fought against the most cruel dictatorship of Latin America". But watching Magali with her family, one thing seems clear; "The revolution is over. Perhaps the problems of the present are too overwhelming to be able to afford the luxury of remembering".
FULL SYNOPSIS
TRANSCRIPT