First the junta murdered their sons and daughters. Then, it stole their grandchildren. Under Argentina's harsh military dictatorship, an entire generation vanished. This is their story. 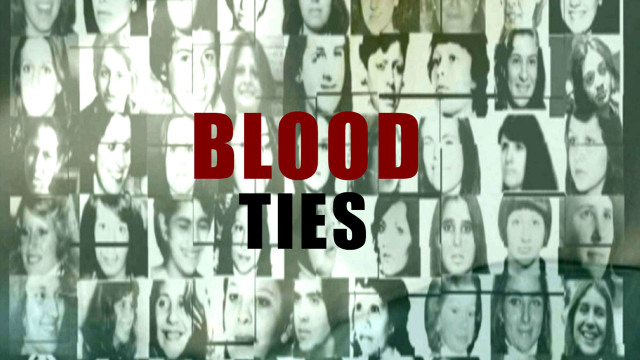 Amongst the tens of thousands of disappeared during the Argentine dictatorship's Operation Condor were hundreds of pregnant women. Mothers-to-be were tortured, blindfolded while giving birth and murdered. Babies were raised by their parent's killers. Today the children and parents of the disappeared are forcing Argentina to confront its past.

It was the most notorious of Argentina's concentration camps. From the offices of ESMA, fleets of green unmarked Ford Falcons were dispatched to round up 'undesirables'. In its basement dungeons, victims were raped, tortured and starved before finally being sent on 'doorless flights' and dumped in the ocean. It was here, amidst all this misery, that Victoria Donda was born. "When I was born, my mother thought they would take me to the nursery", confides Victoria. "She put blue string braids in my hair so that she would be able to recognise me". But there was no nursery at ESMA. Victoria was renamed 'Analia' and given to ESMA's second in command to bring up. It was only decades later that she learnt the truth. Despite the horrors of her birth, Victoria still loves her adoptive parents. She sees herself as having two sets of parents. "Both of them are my mothers and both of them are my fathers". But Victoria's adoptive father shot himself when the circumstances of her birth were revealed. He survived but; "was wounded and sent to a psychiatric hospital". Victoria is now training as a lawyer and helping to defend her adoptive mother from child abduction charges. Not all the children of the disappeared were raised by the guilty. Manuel Goncalves was dumped in an orphanage where he was later adopted by loving parents. When he was 19, he was approached by a forensic anthropologist who; "told me things that were very hard to take in". Fortunately, Manuel quickly bonded with his biological family. But for every successful reunion, there are six or seven grandmothers desperately searching for their missing grandchildren. "Sometimes I dream I might meet my grandson on the street", confides Estella de Carlotta, President of Grandmothers of the Plaza De Mayo. "I would not even recognise him and he wouldn't recognise me". Others don't want to be reunited with their biological families. "They have been raised in a very controlled family environment based on lies and hidden truths", explains Estella. For these people, embracing a new family is an act of disloyalty towards their 'raising parents'. Of the hundreds of children known to have been stolen at birth, just 85 have been traced. Their abductions are the dictatorship's most cruel and lasting legacy.
FULL SYNOPSIS
TRANSCRIPT