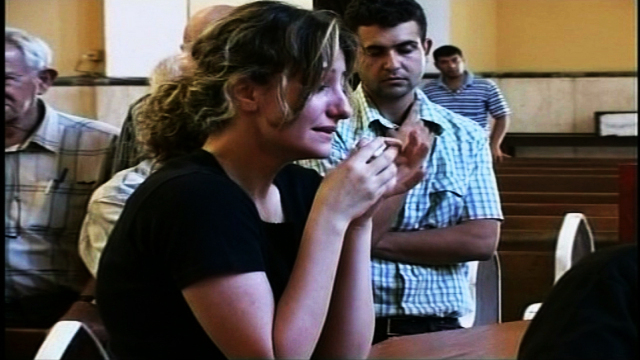 After a series of high profile shootings, the Iraqi government plans to change the law to withdraw legal immunity from private security firms. One case fuelling public anger was the killing of an Iraqi mother.

Mary Awanis was driving 90m behind an armed convoy when guards decided she was a security threat. They used flares to warn her, then opened fire. "They fired about 40 bullets, as if she was nothing. As if she had no value", laments her brother. According to eye witnesses, the guards then left without offering any assistance. Mary's relatives are trying to bring a civil case against Unity Resources Group, the private security firm responsible for the shooting. "They could have done things entirely differently. They could have shot the tyres or shot in the air". Even Richard Galustian, who ran his own private security firm in Iraq admits: "for so many shots to be fired at one car driven by a woman seems very, very excessive". He claims; "There is essentially a sort of lawless cowboy philosophy amongst some people in private security". The deaths of civilians at the hands of PMCs has been vastly underreported. As Galustian states; "People involved in incidents felt that they were immune". Now, as the new act slowly makes its way through parliament, many contractors are considering their future in Iraq.
FULL SYNOPSIS
TRANSCRIPT