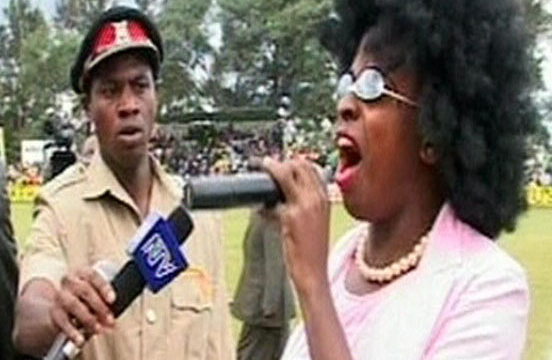 Can comedy influence the Kenyan elections? Popular satirists, Redykyulass, are on a campaign to encourage people to vote. They're using laughter to bring a fresh generation into politics.

"We're redefining politics", states comedian KJ proudly. Comedy group Redykyulass first came to national attention by satirising leaders like Daniel arap Moi. "They smashed all the taboos and beliefs and mystique that surrounds politics", states events manager Big Kev. Now, they're turning their attention to getting Kenya's youth to vote out Africa's 'old men' and vote in a new youthful generation of political leaders. "We should not be recycling politicians. We should be getting some new young guys". They hope these new leaders will reflect a more democratic Kenya.
FULL SYNOPSIS
TRANSCRIPT