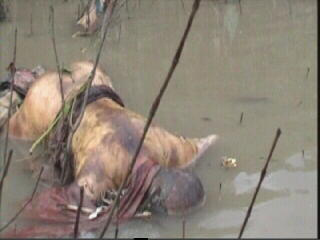 The brutal crushing of the Saffron revolution has left Burma gripped by fear. Most of the organisers of the protests have fled to Thailand, where they continue to work for the resistance.

"We see with our own eyes how people suffer", states resistance leader Ashin u Kovida. "We hoped to free the people from poverty, suppression and torture". Another monk describes how soldiers initially "applauded", when the protests started. Although protestors expected to be arrested, few expected the monasteries to be targeted. "That had never happened before". In the aftermath of the protests, more than 3,000 were rounded up. But in spite of this, the organisers think it was worth it. "We regret nothing. We did what was possible."
FULL SYNOPSIS
TRANSCRIPT