A combination of breathtaking camera work and charming characters bring to life a dying tradition. We are left asking, can anywhere stay out of the encroaching reach of modernity? 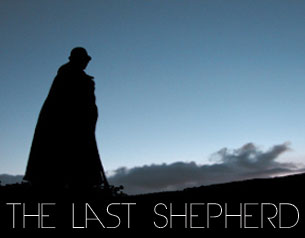 Portugal's last shepherds are disappearing. They live a harsh existence in remote settlements with no roads connecting them to the towns far below. Their existence is primitive and has changed little for 100s of years. Hermino is 27, a strong and vigorous figure at home with his sheep on the mountains. But the call to leave behind tradition and join the modern world is strong. The doc is intimate and poignant, with Hermino comfortable for the camera to search deep into his beautiful if uncertain world.

"He smokes a lot, now he even smokes at night in his bed. One of these days he will burn, him and his bed!" laments Emilia, Hermino's housekeeper, boss and surrogate. Hermino was adopted into shepherding. Although all too aware of the thrills available in the town, he is reluctant to leave the hills - duty-bound to the community that rescued him from an abusive family. Staff in one hand, stereo in the other, he is the epitome of a man caught between two worlds. Hermino spends his day out in the elements with the sheep. Glugging red wine and chain-smoking cigars, his face has become haggard but he still has an adolescent innocence, the result of his isolated life. "What do you want me to say? Girls don't want to come here. Here's a guy all by himself. The mountain, who wants this?" There are still some more likely characters in Folgosinho. Maria do Espirito Santo, a fierce 78 year-old has been living here alone since her husband died 20 years ago. "My son asked me if I was scared to be all by myself. And I told him that I wasn't scared of being alone, nobody meddles with me!" Chasing away stray goats and listening to the Beetles on the radio, Maria is content in her solitude. However, others are not so resolute. Grazina is over 80 years old, and working in the hills is the only life he has ever known. Today he is hostage to blindness. When his one employee dies, he must give up. He sells his livestock. With the sheep gone a part of his soul disappears. Four years on and aside from the presence of new modern appliances, little has changed. Work is relentless for Hermino, and day-to-day is monotonous with little novelty. "I am lonely. I only need a woman. There are two pillows here" he explains. One Saturday, Hermino gets a rare escape. He is off to party in the nearby town with a friend and the Brazilian girls staying there. "I may be dirty all day, but not at night. I've got to wash my brother (penis). I'm not going to let him stay dirty. Poor guy, he needs it, too!" he jokes, as his scrubs down in a small tin bath. The next day Hermino is no longer listening to the Portuguese folk music of Quim Barreiros, but has swapped it for the Brazilian music of the night before. "We did it two times - I didn't sleep a wink. But here is a body always ready for another". He grins. Hermino has new distractions and hard decisions, he fluctuates between the harsh existence he has always known and a seemingly carefree life beyond. "Are there any shepherds left?" he is asked, "Few, very few, each time fewer".
FULL SYNOPSIS
TRANSCRIPT