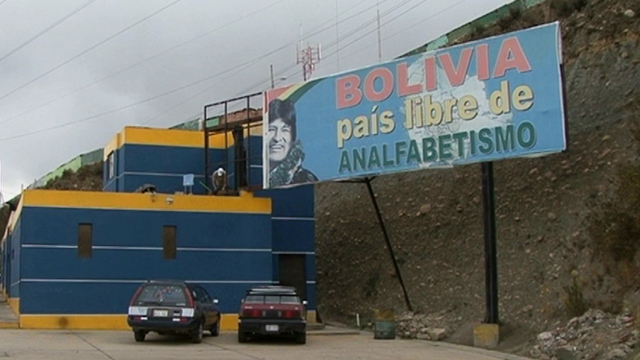 As the Bolivian presidential elections loom this weekend, we take a look at the clear favourite to win. What are Evo Morales' plans if he keeps his crown and what do the Bolivian people really think of him?

Since becoming South America's first indigenous president in 2006, Morales and his party, the Movement for Socialism (MAS), has striven to give more power to the country''s indigenous and poor communities. But not everyone is in favour of the reigning President. ""He has only increased the divisions in this country. Now we have a war between the classes. 'Divide and reign', as Machiavelli used to say. That is exactly what Morales is doing, dividing the country into two."" Now it''s time to go to the ballots.
FULL SYNOPSIS
TRANSCRIPT