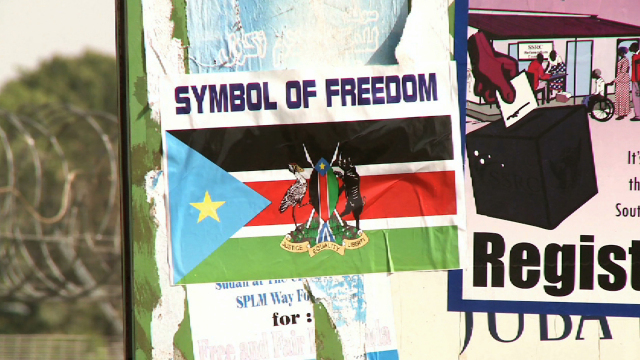 As Southern Sudan votes overwhelmingly for independence, will the country witness the birth of a prosperous new nation, or a return to an old war? The population are optimistic but they face serious challenges.

Thousands of Southern Sudanese are returning to witness the birth of their new nation. An 84-year-old refugee cries with joy after returning to the home she hasn't seen since 1949. "I don't know why people call us the poorest people in Africa when we have oil under the surface of our soil", says one jubilant returnee. Yet the country now faces a huge challenge: harnessing its resources without a return to conflict. Many Northerners claim the SPLA have already started looting their farms and shops, and border conflicts still fester. With over half the population already on food aid, coping with the influx of expectant new citizens could push an already desperate nation to the brink.
FULL SYNOPSIS
TRANSCRIPT