Does God exist? And if yes, which? 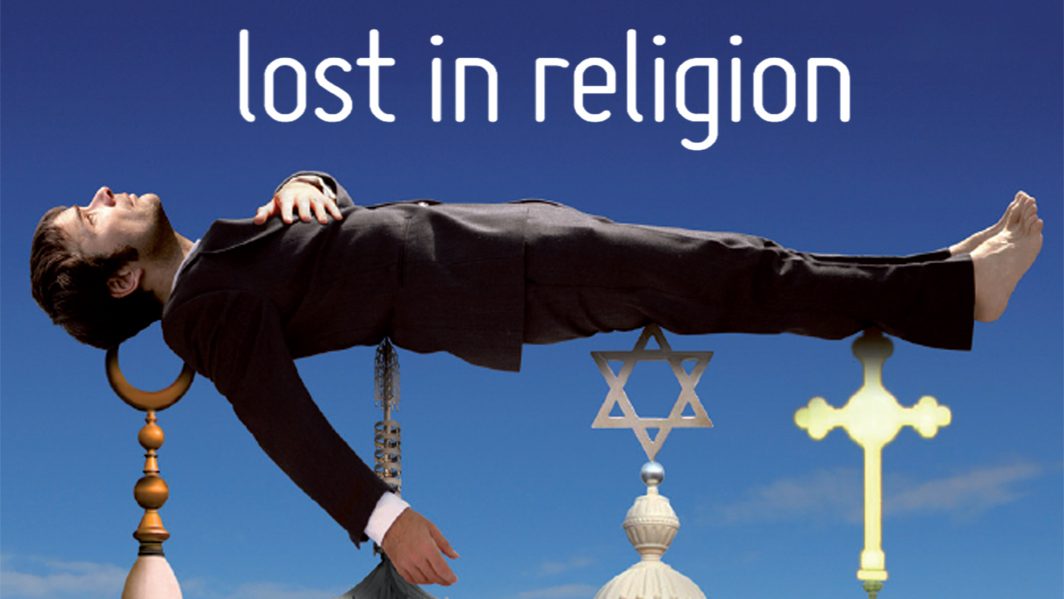 Marc Burth wants to find the best religion to raise his children in, but living in a family that boasts a Muslim, a Catholic, a Jew, a Shaman and several Atheists that's not going to be easy. This highly amusing HD documentary playfully addresses the questions so many of us struggle with. Is there a God? To whom does he reveal himself? And most importantly, why doesn't he reveal himself to me?

"I'd choose Christianity", Marc's aunt tells him, her hands moving expressively, her eyes full of earnestness. "Not because I'm Christian myself, but because your child will grow up in this society". Unfortunately choosing a religion if you are not religious is not so simple, as Marc finds out when he consults Father Lipke of the Catholic Re-entry Office in Munich. "Children can tell if their parents don't identify with the religion, so parents shouldn't do that". That's just what Marc was afraid of, having to embrace the religion of his children, "Isn't there an easier way?" So Marc turns to the rest of his family, looking for guidance on all things spiritual. However, none of them are willing to offer him an easy answer. "If you say all directions are okay, you give them the chance to have one", his sister the Shaman tells him. How very Zen, but will every direction really be okay for Marc's children? His Catholic mother-in-law says there is at least one path they shouldn't take. "That overly pious Catholic attitude is not for me", she'd prefer them to be Protestant. Confounded by his family he must turn to the professionals. Pastor Barry Sloan has a simple answer for him, "God gives life meaning", but for Marc that's just a little too glib, he wants something more tangible, an experience. "Through Yoga I found a new concept of the divine", says the Yoga teacher of his sound technician. "Proof of God is bound to your own consciousness, you have to make that shift happen", he extols but unfortunately for Marc deep meditation proves something of a challenge. "Ten minutes without thinking about daily problems ... I can't manage it". Despite his religious journey, Marc can't quite embrace any god. But he is willing to support his children in whatever faith they choose and hopes they might one day shed light on the mysteries of the unknown. "I'll refrain from caustic remarks and if my kids 'get religion' some day, maybe they can help me get it too". LEARN MORE.
WATCH MORE.
JOIN THE DISCUSSION.
FULL SYNOPSIS 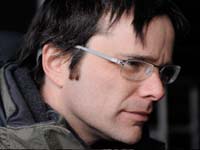 Having obtained a Swiss teaching diploma in 1988, filmmaker Marc Burth went on to receive his Diploma in Film Directing and Camerawork at the Hungarian State Film Academy in Budapest. Since then he has made a number of prize-winning documentary and feature films for German and Swiss television. He worked as a producer and cinematographer on the hugely popular hip-hop epic Status Yo, which won the Berlin Film Festival Audience Award as well as prizes for best feature and best cinematography at the Cuban Film Festival. His most recent documentaries include Jew By Choice and Mittendrin. He is a member of the Swiss Association for Directors and Scriptwriters ARF/FDS. 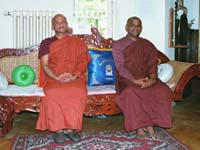 This film is a very personal cinematic search for answers to the question, will my sons life will be better with god? And if yes- with which god? It is a road movie. I am holding discussions with my family, flying to Israel to my family, searching for people that have evidence of god, flying into Sudan to my family, meeting believers of the five world religions, and visiting pilgrimage sites. I am always asking what the meaning of god has for them and why my son should become a part of a religious community. The general atmosphere is humorous, sometimes absurd, and repeatedly abysses of the different concepts of life are shown also through my multi-religious family. The film should encourage one of mankinds most important talents to come to life, which is, to question one's self...