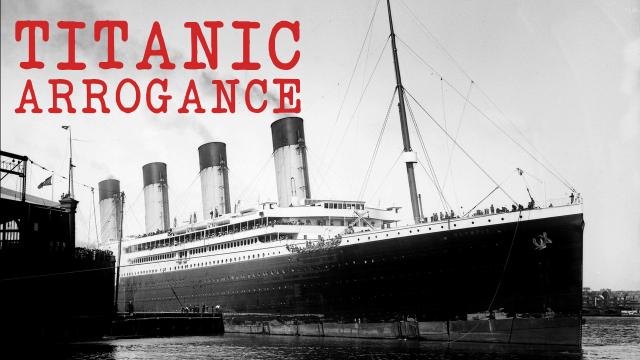 One hundred years ago the Titanic was launched. We bring you a new and never broadcast HD doc revealing the litany of human error, from the building process, to the tragic events that led her to be rammed into the iceberg that sank her.

So how did a ship that was apparently built to be impregnable sink on its maiden voyage? The genuine account of the Titanic's sinking is a catalogue of errors, ineptitude and negligence. In truth the Titanic was designed more for comfort than safety. The 16 watertight compartments that comprised the hulls were not extended very far upwards, "so as not to interfere with the spacious passenger areas". This compromise made the ship vulnerable from the outset. Worse still was the dark secret the Titanic was hiding behind its pristine hulls. Some of its coal had caught fire when it sailed for Southampton and remained alight for the entire journey. Luckily the fire did not spread but "had the trade surveyor known, the ship never would have had clearance to sail". Even worse still, when the Titanic set sail it was not equipped with enough lifeboats. In the years preceding the launch the safety regulations for cruise liners did not categorise ships by passenger numbers but by weight. Not only this, they also foresaw the maximum weight category as 10,000 tons, while the Titanic was 46,000 tons. As a result regulations did not require any rationalisation of lifeboats and passenger numbers. It almost seems too stupid to believe but it's the truth. Yet even these disastrous oversights could have gone unnoticed if it wasn't for captain EJ Smith, a man picked for his social rather than sailing skills. His career had been defined by a series of close calls, "Over the years he'd been involved in a number of scrapes, groundings and near misses...". The Board of Trade Inquiry following the sinking was unequivocal in its findings against Smith. It was revealed that he had sailed headlong at full speed (22 knots) into known danger, without a lookout. The explorer Shackleton, giving his expert advice at the hearing said, "You have no right to go at that speed in an ice zone". LEARN MORE.
WATCH MORE.
JOIN THE DISCUSSION.
FULL SYNOPSIS 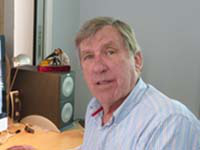 Born in London in 1942 and educated at the City of London School, I have been involved in film making since student days. In the 1970s I worked on the BBC-TV productions Fall of Eagles and The Secret Army, supplying the locomotives and assisting in the staging of the railway scenes. In the early 1980s I became the manager of the British Railways, Southern Region Film Unit at Waterloo. During the next decade I made mostly training and technical information films for that industry. Later I became an independent producer and freelance cameraman and editor. Over the years I have worked in television news, drama and documentary production, including The Club for ITV Granada. I have made 318 films as an independent producer. 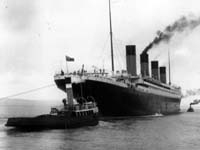 I have been interested in the Titanic since childhood, when my mother recounted the dramatic story (although she was only 2 years old at the time.. my father was 6). I first started work on the production that would eventually become Titanic Arrogance back in 1983. I was encouraged by my late friend, John van Riemsdijk, who was then Keeper of the Science Museum. Over the ensuing years I met many of the survivors and attended the 75th and 80th anniversary dinners in the USA. At that time I became friends with Ken Marchall and he provided much material and information, including some of his excellent paintings. Ken would subsequently become the principal technical adviser to James Cameron for the making of his epic film TITANIC. My mission in making Titanic Arrogance is to tell the plain truth of this dreadful tragedy stripped of its mythology and to re-establish the reputation of Captain Stanley Lord who was most cruelly maligned.