Hello My Name Is Lesbian

A wry, witty and refreshing take on girls lovin' girls 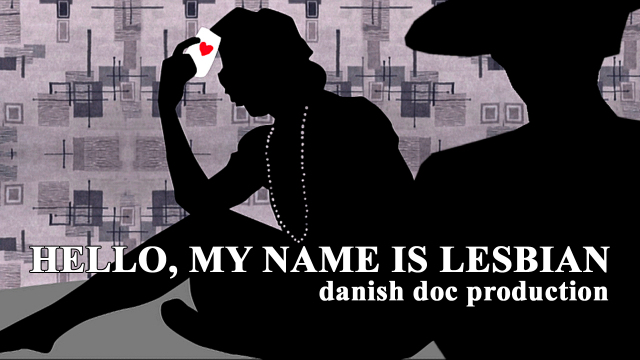 Laced with a refreshing self-irony, this doc is a tour-de-force story of lesbian love. Provocative animated sequences, colourful archive and a dynamic soundtrack lead an intelligent exploration of life as a lesbian in Denmark. Travel from the secrecy of the straight-laced 1950s to the gender-bending queer community; from a nuclear family with two mums to the summer camps waging war on make-up and men; and finally to Ena, a Muslim and pro MC of 'Fagget Fairy', doing battle with prejudice.

"The atmosphere was one of persecution; we had to be on our guard," one lady recalls of the 1950s. Meeting illicitly in clubs, it was an era when it was still believed that these rogue women could be 'cured' of their lesbianism. "It was terrible: society's idea of right and wrong, pounded into the human mind." Behind closed doors, ladies could flirt, dance and date with a cross-section of like-minded women. Yet it was far from an idyllic haven, often fraught with heartache. "Our world is a small one, and like I always say, we recycle." Jump to the present day, and it is a similar story for Ena, who comes from a Muslim family and is expected to "have a child by a Muslim man; preferably before I'm 21". Living "one life for myself, one for my family", Ena's world is a constant juggling act. Yet unlike her 1950s counterparts, Ena's sexual life is very public, hosting gay club nights as a DJ and releasing pro-lesbian tracks under the guise of the 'Fagget Fairy'. Her events pulsate with outspoken wit and fierce promotion of her sexuality. At the Femo summer camps, the music may be more acoustic and the atmosphere mellower, but the message is the same. Sanctuaries of freedom since the 1970s, nudity and open discussion set a relaxed but political tone. But these are also a haven for more radical lesbians; "the ones who believe in killing off the male species - except for a small group who would be kept for sperm production". Leise and Stine have had 3 kids through a donor. Sperm donation is the only involvement men have had in their life and that's the way they like it. "We told them they came on a spaceship. With little green men", Leise laughs. Sharp, sassy and frank, they see their situation only as positive. "Our children are probably more nuanced in their approach to gender". In this smart, introspective doc women from 19 to 84 talk about sex, loneliness, love, gender, family and parenthood. With no two stories the same, they're united in the belief that "dykes don't need to live up to anyone's expectations." 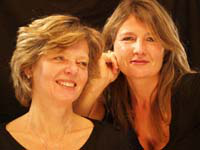 Minna Grooss is a professional musician, but in 2000 entered the fields of writing and filmmaking. She has her third book coming out this autum and won the prestigious Danish award Homo of the year in 2004 for her unusual angle on gays and lesbians in the book Homo. She also won the prize for her corny- queer- camp band Jodeladies www. Myspace.com/jodeladies.

Iben Haahr Andersen graduated from The Danish Filmschool (1982) as Sounddesigner. For the last 12 years she has moved into directing documentaries of wich three have won acknowledged prices (Hello my name is lesbian- Two Women on a River & Sound on Life). Filmography: In production: ”My Love Prem 2012 www.pausefilm.dk/mylove/ 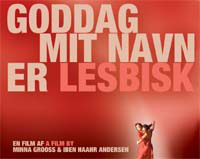 "With a refreshing sense of self-irony our film takes us through lesbian life in Denmark from the 1950s to the present day, illustrated by provocative animated sequences, extensive archive material and a dynamic soundtrack that result in a tour-de-force of the story of lesbian love.
We move from the secrecy of lesbian life in the straight-laced Denmark of the 1950 to the gender-bender queer community and a nuclear family with three kids, two mums, and no dad; we meet the straight-talking lebs with their summer camps waging war on bras, make-up and men; and Ena the pro MC of Fagget Fairys doing battle with family prejudice and for the right to be herself.
Women from 19 to 84 talking about every aspect of life, including sex, loneliness, love, gender roles, the family, and parenthood." - Minna Groos & Iben Haahr Anderson