One of Colonialism's strangest legacies 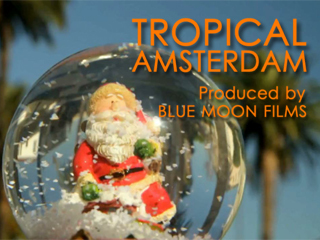 The Dutch Burgher community occupy a unique place in modern Sri Lanka. Once a privileged class, their exalted status vanished on independence. Despite this, a small group stayed. Their story is a fascinating insight into the wicked and glamorous world of colonialism and its legacy.

The Dutch Burghers were descendants of traders and settlers who colonised the island in the 17th century. It used to be natural for English-speaking members of the community to hold the most highly esteemed positions in the country. However, in February 1948 Sri Lanka achieved independence, Sinhala became the official language, and the Burghers lost their status virtually overnight. Many emigrated, but a small remnant stayed. "A different sort of immigrant with a different perspective." As this warm, poignant documentary explores, they still inhabit an uncertain hinterland between coloniser and colonised. Deloraine Brohier harks back to a more innocent time of flowing ball gowns and first-class train travel. Poet and writer Jean Arasanayagam laments the 'brutal' things the colonisers did. The Burghers were discriminated against by the British, barred from 'whites only', golf clubs and swimming clubs. Yet they were also discriminators themselves, with their own hierarchies based on complexion and marriage. We catch rare, often humorous glimpses of the daily life of this ageing, contradictory community as they grapple with questions of identity. What does it mean to be a Burgher? What is their cultural legacy? As they prepare for their traditional Christmas celebrations, these complex, thorny issues come to the fore. LEARN MORE.
WATCH MORE.
JOIN THE DISCUSSION.
FULL SYNOPSIS