Candles Against the Night

A terrifying vision of a town destroyed by genocide and the inspiring story of the children building Srebrenica a new future. 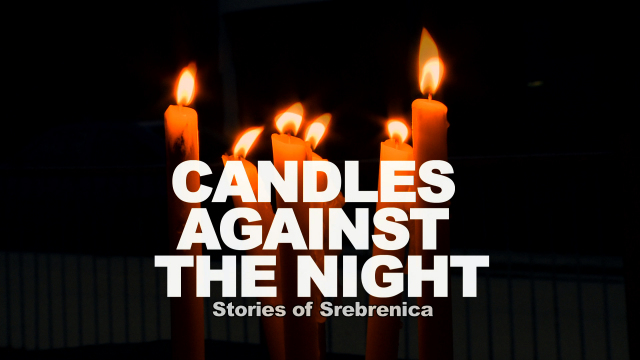 Since the massacre in 1995, when 8,000 Bosnians were massacred by Serbian soldiers, Srebrenica has been a city divided by its past. Amidst rampant corruption, a new, predominantly Serbian generation, unburdened by the regrets of war, is trying to bring their community back together. But is it possible against the backdrop of a political system based on division and fear?

"Genocide didn't happen here and we won't accept that it happened." These are the words of Serb Prime Minister Milorad Dodik at a rally in Srebrenica. He is speaking in a Srebrenica where very few Muslims remain and denial and hate have become the most common reaction to the towns terrible past. Yet 15 year-old Verica, a Serb, wants to create a different legacy. She strives for a sense of community and cultural awareness, to erase the ethnic barriers that history has forged. To achieve this she and her friends have created a drama club, where children of all ages, ethnicities and religions can meet and have fun. The adults, "think more about what happened rather than what could happen" and the politicians build their campaigns on trying to re-write the past. On the other hand, the young are determined to make Srebrenica a happier town. Seventeen year-old Filip explains that, "when people think of Srebrenica, they think of genocide. Now we are creating a new picture". Thanks to the drama club, Verica, Filip and other young people of Srebrenica have managed to overcome ethnic prejudices and have created a safe-haven away from the sadness of the past and the threat of unemployment. This generation, who were all small children when the massacre happened, are forging a new future. As Hariz Alic, a Bosnian-Muslim rapper points out, despite his initial prejudices, "in my crew there are Serbs and Muslims". Yet it is not clear whether the advances made by these youths can permeate the rest of society. Fifty percent of the young are unemployed and social issues loom on the horizon. The country remains ruled by "gangster" politicians who corrupt the econmony and drive their own political agendas. In order to find employment, people must be part of an associated political party. In some cases, people are so desperate that they even sell their votes in order to make money. With such rampant corruption in place, progress is difficult. This compelling documentary offers a remarkable portrait of Srebenica's new generation who, despite their Serbian heritage, are openly attempting to break the cycle of history and move beyond the stigma of their past.
FULL SYNOPSIS 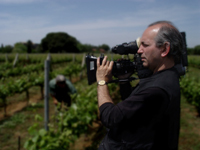 I have worked on many commercials with crews of 30 or more extras, actors and so on. But once I was a photojournalist and now, when I make documentaries, I realise that access, mood and transparency are a result of me being on my own, completely engaged with the people I'm filming. The intimacy shows itself on the screen. People are more relaxed if it is just me and perhaps a translator. My camera, maybe a mike stand, them laughing as I fiddle and then their presences and truthfulness becomes a gift for the film's story. 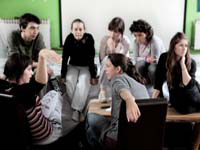 "I became involved in Srebrenica through my wife who was invited to help young people trying to run a music theatre for younger children. These teens, coming from a town suspended in the shadow of genocide, hope to throw off their guilt through creating cultural activity between Serbs and Bosnian Muslims. Once the memory of their tragedy faded from the front pages, their plight was forgotten. I decided to film, partly because of them and partly because I believe that all lost teens wherever may see the team as an example of how they too can rise to fulfilling collective cultural actions." - Robert Golden