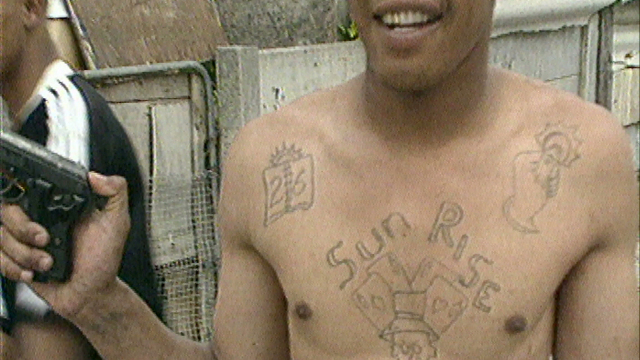 Meet Pagad, a Muslim group committed to clamping down on gangsters in Western Cape, South Africa.

Ernie Peters is just one of many gangsters who end up being gunned down by rivals. His funeral sets the scene for this gritty account of gang violence in South Africa, and the group who have simply had enough - Pagad, or, People Against Gangsters And Drugs. Since their inception they have waged war with gangsters and drug dealers, whom they blame for the problems and violence that plague many South African communities. They have met with some success, and some gangsters have rejected their violent ways in attempt to escape their righteous onslaught. "The gangsters are praying like never before," comments pastor Alvern Martins. However, Pagad are not afraid of resorting to dire means to further their cause. Alvern describes some of the atrocities committed in the name of fighting crime: "I saw a two year old child whose leg was mangled by Pagad." So this raises the question, is Pagad championing a noble cause or simply adding to the bloodshed? SABC Special Assignment
FULL SYNOPSIS
TRANSCRIPT
SHOTLIST