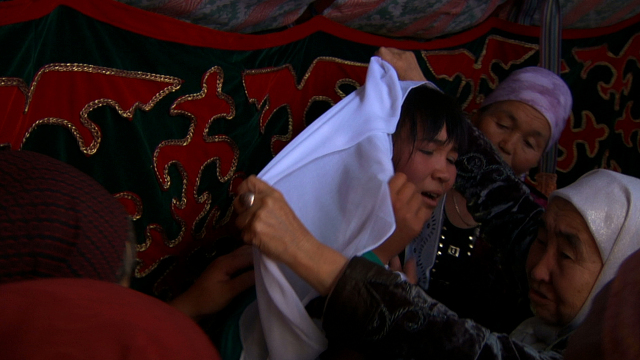 Follow us on a curious adventure to Kyrgystan, where bride kidnapping is a proud tradition. As women struggle to preserve their autonomy, the controversial practice is seeing a surge in popularity.

A young woman is washing her hands under a water pump when three men surround her from behind. They reach out and grab her. She screams, kicks, struggles and cries as her future husband watches on. This is romance Kyrgyz style. "When we met for the first time he asked me, should I send my parents or should I just kidnap you? I replied, don't do it, I have a boyfriend." But reluctance on the bride's side is no obstacle. "The second time we met, they just kidnapped me", the woman tells us as she sits next to the man that is now her husband. This is no fringe tradition: the majority of marriages in rural Kyrgyz areas result from it. In many instances it is decided between both families and the girl may even know.Technically illegal, degrading and often violent, it isn't usually a recipe for happily ever after. Unsurprisingly, "spousal abuse is higher in kidnap marriages. The divorce rate is higher in kidnap marriages."
FULL SYNOPSIS
TRANSCRIPT