A stunning portrait of a Mediterranean paradise 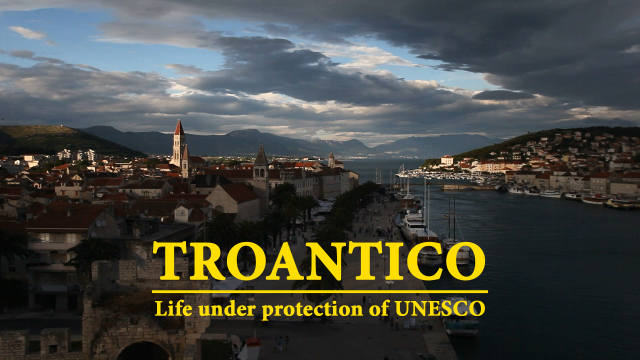 This crafted doc offers a window into the bygone way of life on a UNESCO protected island off Croatia. Living on rocks carved with the history of two and a half thousand years, life for the people of Trogir is infused with an uninterrupted antiquity. From the fresh washing strung across ancient courtyards, wafting smells of traditional baking, and locals gathered in the shoemaker's shop to chatter, these are lovingly selected sequences reminiscent of a time before cameras existed.

The people of Trogir enjoy a special existence, fusing their lives seamlessly with the beauty and culture that surrounds them. A thousand people live inside the centre of the city, a UNESCO world cultural heritage site since 1997. It is a shimmering Mediterranean paradise, abounding with classical architecture, fishing boats, shops, restaurants and a calm traditional way of life. Toni, the shoemaker, exemplifies the spirit of continuity that the Island has from antiquity. He runs the shoe shop his grandfather started in the 1930s. "At 7 years old I started helping my father in the workshop. I was probably a hindrance, but he was glad to have me near and developing good working habits." Through the weight of these family traditions, the stories of Trogir are lovingly handed down and won't be given up easily. "I love my job. One guy was convincing me to sell for days, he even brought a bag full of money once, but I wouldn't accept." Trogir is full of such characters, from fishermen and shipyard workers to artists and bakers. But it is not only the people that make this such a unique place. The cathedral of St Lawrence, which was built from the 12th to 16th century, is a stunning example of Medieval Mediterranean architecture. Its portals, towers and halls feature a blend of artistic styles that developed over the 400 year history of its construction. Like the Western portal build by one of the most ingenious sculptors of the Middle Ages, Radovan, who some experts say may have worked on the main portal of the basilica of San Marco in Venice. Trogir also cherishes the culture of its people, that has been developed over thousands of years. From the traditional klapa singers, blending their voices in perfect polyphony, to the artists, like Sandra Radic Parac, who gather in the main square to paint, they all add to the rich texture of the city. "It's a town full of monuments but also the town of living artists, all of us who are living here and creating new works of art. We are the spirit of the town." This documentary, through breathtaking cinematography, presents a loving insight into the magic of life in Trogir, capturing everything from the warm hustle and bustle of the tourist season to the gentle restful winter of this small Mediterranean town. LEARN MORE
WATCH MORE
JOIN THE DISCUSSION
FULL SYNOPSIS 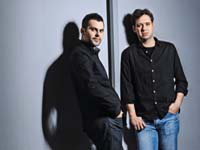 Darko Mihalić and Boris Orešić have been working together as a reporting team for leading Croatia media for 15 years. As journalists, they transmitted images and stories from over 50 countries in Europe and Middle East, Asia and South America. They investigated and filmed wars, disasters, refugee crises and important political and sport events. They recorded dangerous and bizarre situations on camera, as well as attractions of some of the most beautiful cities and places in the world. They interviewed international stars and world leaders. Having travelled around the big world, they created and filmed a documentary movie, aiming to uncover the beauty of living in their small country Croatia to the world. 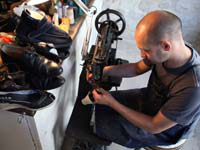 Few will remain unmoved by the sights of Trogir, one of the most attractive cities made of stone on the Croatian Adriatic coast. Its narrow streets are a source of inspiration for the artists and relaxation for the tourists. Trogir has the atmosphere of a small place where everybody knows about everybody else. People live with song and dance, wine and fish, as well as inevitable coffee on the seafront where all the news can be heard in several minutes. It is here that, in the 21st century, romantic soul of the Mediterranean succeeds in overcoming hurried modern age. In the movie Troantico we talked with people who go to a shoemaker not only to repair their shoes but to meet someone, talk a little, kill some time...