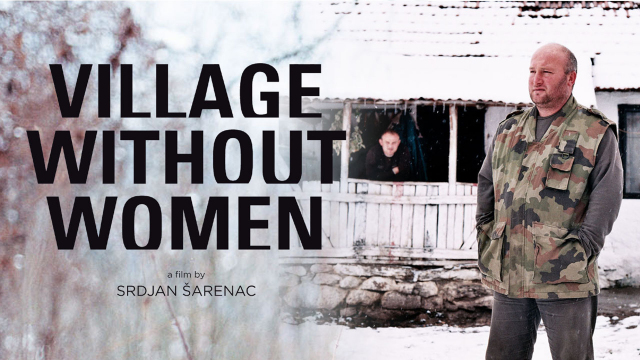 Atop a mountain in Southwest Serbia the Jankovic brothers hold the fort in the womanless village of Zabrdje. In a hilarious narrative this well-crafted doc follows the brothers' quest to bring women back to the once vibrant community. But with no running water or roads, convincing Serbian women is out of the question. Instead they turn their eyes across the border to Albania and extend an olive branch to the women of their old enemy.

"I have 70 sheep and I look for a girl aged 18 to 25. I am honest and I would love to get married!" Zoran Jankovic may have set his heart on finding a wife, but his brother Rodolub harbours more realistic romantic ambitions: he's happy spending late nights in the company of a pair of scissors and a few back copies of Playboy, lovingly cutting out busty babes by the light of a naked bulb."This is no place for a woman," he declares. "Where will she go to wash herself?" A quick look at the Jankovic farmstead confirms Rodolub's doubts. A family of sheep stands on the roof, munching on wads of thatch. The three brothers share a sparse room and wash their faces in rainwater from an old bathtub; the door of the open-air toilet hangs off its hinges. There's no privacy here: men, livestock, poultry and pets literally live on each other's backs. Surveyed by grandfather Veljo and a lone patrolling cockerel, the brothers take care of the fields and the housework, and even darn their own shirts. Since grandfather Veljo's childhood - when women outnumbered men by "seven to one" in Zabrdje - Serbian women have been flocking to the cities at an alarming rate. But over the border in Albania mass male emigration has caused the opposite problem. Could this be a match made in heaven? This is extreme 'Lonely Hearts', Balkan style. Zoran's mission proves more laborious than he'd first imagined though. In his quest for a visa he's batted from bureaucrat to inept bureaucrat, and totally mystified by mobile phones and modern manners. On a bus tour to Albania with other hopeful Serbian bachelors he visits the sites of massacres and ancient battles, before attending a matchmaking feast where he finally gets to try out his rustic charm on the ladies. Will he find himself a beautiful wife? With subtle and sensitive camerawork encompassing both the bleak landscapes and absurd details, Village Without Women is one of the most delightfully comic and touching films you'll see this year. LEARN MORE.
WATCH MORE.
JOIN THE DISCUSSION. 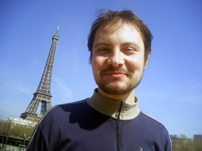 Srdjan Sarenac
An award winning film director, screenwriter and producer with 9 years of experience in Serbia, Croatia, Bosnia, Netherlands, France. Worked on short movies, documentaries, comedy shows, documentary series, and commercials. In 2003, he wrote and directed Poklon za Sanju (A Present For Sanja), which was selected for 10 international film festivals and broadcasted on national television. In 2004 he directed the documentary series How was made Bosnian Top lists of Surrealists, which had its premiere on a prime time show for New Years Eve 2004 and was the most watched documentary series in Bosnia in 2004. Srdjan started to develop his first feature, Spaseni (THE RESCUED) at the Binger Filmlab in Amsterdam for which he won «la Bourse dAide au Développement at 28th Festival Cinéma Méditerranéen Montpellier 2006. And it was chosen in sélection of 10 best scripts  BERLIN TALENT PROJECT MARKET at Berlinale 2007. 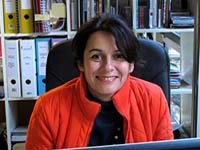 Les Films Du Balibari
Estelle Robin You is a documentary film producer based in Nantes, on the atlantic coast of France. She is one of the three parners of Les Films du Balibari, a company established in 1998. Her recent productions include «18» by Frédérique Pollet Rouyer (Selection Vision du réel 2009) and Fleeting Memory (Cinéma du réel 2009). She is currently producing Balkan director Srdjan Sarenacs «Village Without Women», a French-Serbian-Croatian co-production. Before living in Nantes, Estelle graduated and worked in Ireland for 8 years from 1992 to 2000. In Dublin, she worked for 3 years with a fiction production company, Crimson Films. At Crimson, she held responsibilities as a production manager on video clips and drama productions. Today, Estelle is happily focusing on documentaries by highly committed and relentless filmmakers, willing to embark on unique filmic adventures.

Village Without Women is an artistic documentary production addressing ethnically mixed marriages in a region wrought with conflict and prejudices. We will visualize one example of this widespread quandary through the life of three young men faced with the decline of their rural village and the realization that their survival may depend on restoring amity with those considered the "enemy".