My Heart of Darkness

A chilling insight into the minds of 'men of war' 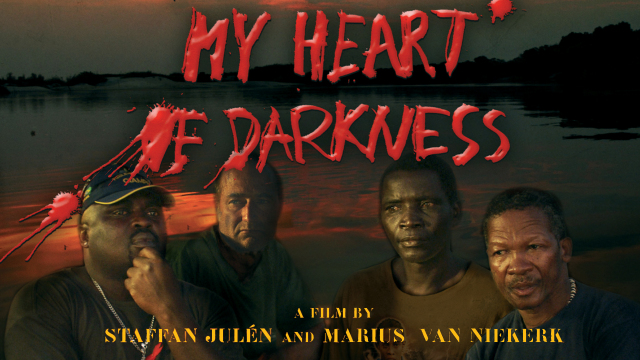 In this extraordinary and revelatory documentary four war-veterans and former enemies of the South Africa/Angola conflict journey back to past battlefields deep within the African interior in search of reconciliation, forgiveness and possibly even atonement. A deep and characterful appraisal of what war does to men, it is a frightful insight into those who snap awake in the middle of the night, running, sweating, pursued ... terrified.

"What does a man have to do to regain his self-worth after losing it?" asks former South African soldier Marius Van Niekerk as he returns to Angola to face his enemies from the brutal civil war. As he leafs through his "box of shameful memories", full of photos of young South African soldiers posing by the bodies of those they killed, Marius embarks on a deeply personal narrative. Centred around a hugely symbolic journey by river-boat back into the bush, the film conveys the darkness of the Angolan wilderness, the darkness of the white man's cruel treatment of Africans, and the unfathomable darkness within every human from which springs heinous acts of evil. War is always complex and this one was a surrogate battlefield for the Cold War. After Independence from Portugal, Angola was thrown into a civil war for nearly three decades between the competing liberation movements. The two main factions were the MPLA, backed by the Soviet Union and UNITA, backed by South and Africa and the US. Marius has come to face his demons in the form of three enemy soldiers: Patrick who fought for the MPLA, Mario who fought for the Portuguese and the South Africans and Sammy a UNITA conscript. All are here to confess, to acknowledge how "war makes monsters of us all". Footage of an open mass grave sets the tone: Marius' commander "bragged about it as if it was a big victory". He explains that Afrikaners were brainwashed from an early age to fight to defend their "chosen" race against blacks who wanted "to rape our women". Raw emotion emerges against a backdrop of raw natural beauty, hippos surfacing like the past. The veterans talk of struggling with alcohol, and to leave violence on the battlefield. "I used to come home with that military attitude" admits Patrick, hinting that he could have killed his wife had his son not asked him what he was doing with the knife. Marius' girlfriend too "became the enemy." Sammy is haunted by the burning of women said by UNITA leader Jonas Savimbi to have bewitched soldiers. "You see hundreds of people around you die and you die inside" he whispers. Patrick is the most vocal of the other soldiers. "I loved it. War was good. I loved to fight" he boasts. But his anger is palpable: "You South Africans invaded with your superior airpower." Cooking over the fire reminds Marius of a recurrent dream where the heads of two black men he killed stare at him from the pot. Patrick doesn't want to hear about dreams, he wants facts. But as the film progresses the mood shifts, through aggression and suspicion to reconciliation. "The way you want forgiveness is difficult for us" the others tell Marius. But forgive they do. Angola still bears many scars of war, but a purification ceremony in Sammy's village helps cleanse bad memories. A goat is slaughtered and as the rains and darkness fall, the photos are burnt. "We didn't deserve war" they all agree. "Why were we fighting?" This intelligent and visually stunning film works on many levels - a soldier struggling for forgiveness, a history of the Cold War and an allegory of the futility of all war. LEARN MORE.
WATCH MORE.
JOIN THE DISCUSSION. 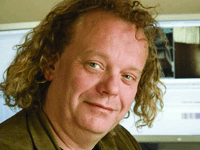 Swedish documentary producer and director Steffan Julén founded Eden Films in 1983, and soon after produced the film Inughuit: People at the Navel of the Earth, a beautiful documentary about the lives of contemporary Inughuit. Since then he has produced many critically-acclaimed documentaries, including The Prize of the Pole in 2006. Most recently he wrote and produced drama The Eagle Hunters Son, a story of a father and son brought together in the Mongolian mountains. 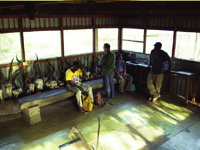 "During the nearly four years of working on the film, following the veterans' journey up the river, closer and closer to their own hearts of darkness, we too had to delve deeper and deeper into our very own souls, our owns doubts, but we had to go there to fully understand this process, to participate in that final blood cleansing ceremony. It was inspiring to watch our characters change and transform from former enemies to friends, and made us realise that veterans the world over have many similarities and much to share and learn from each other. Deep down there the roots are at work, very often, with no one to encourage them.
They are true role models, proving to themselves and also to us that reconciliation is possible." - Directors Staffan Julén and Marius van Niekerk.