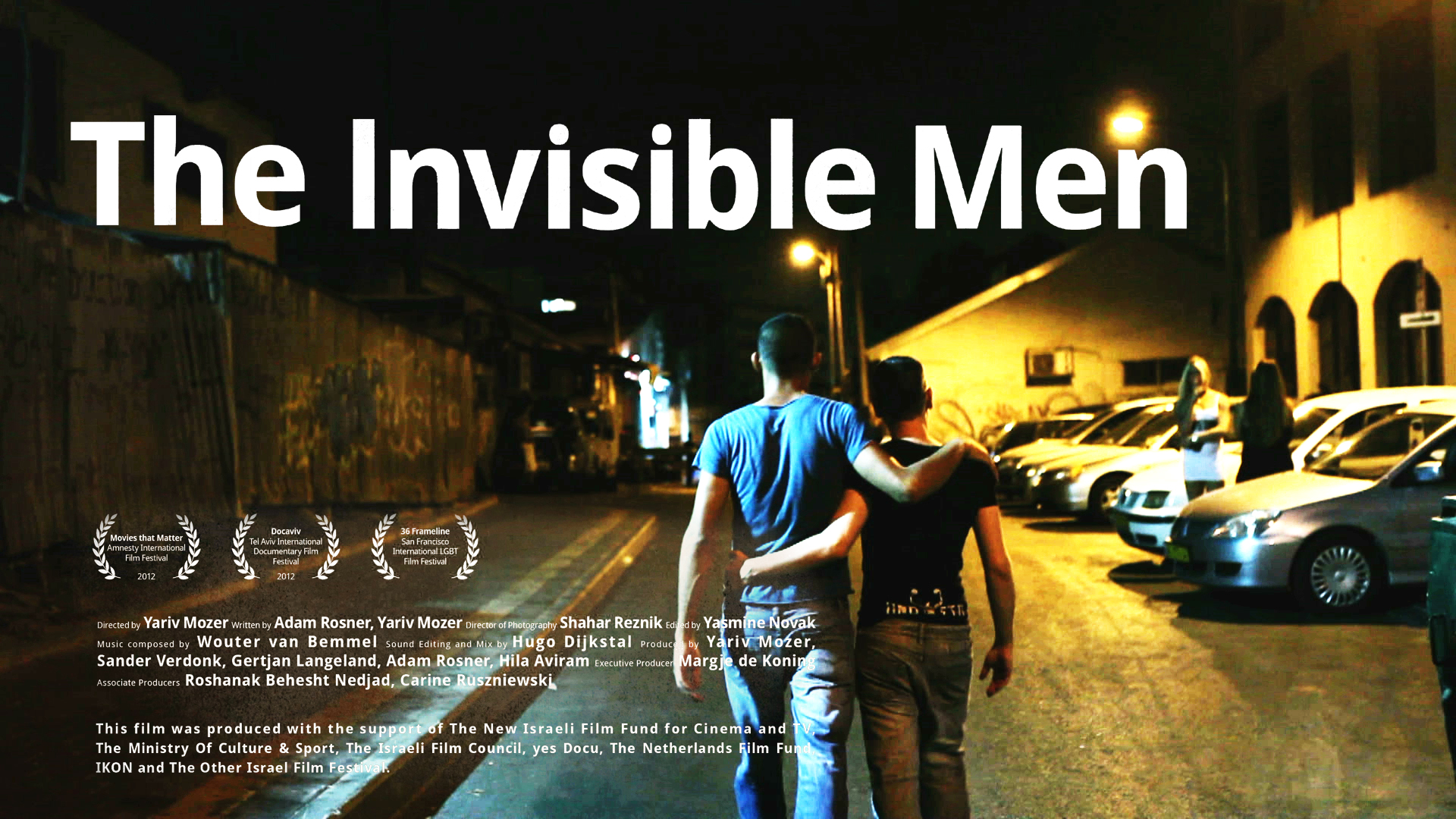 Israel's gay Palestinian underground. Persecuted in Palestine and called criminals in Israel, gay Palestinians are the silent victims of the conflict. Louie has been hiding in Tel Aviv for ten years, Abdu was tortured and accused of espionage for his relationships with gay Israelis and Louis was almost killed by his family. Where ever they go they live in fear of discovery. Only in Isreael's gay underground are they at home. Eye opening and revelatory.

"They tried to tie me up, and then my dad brought a knife", Louie exclaims as he recalls the traumatic moment when his friend in a fit of rage revealed to his family that he was homosexual, "He almost slaughtered me, like a lamb, like a goat". After that terrible experience, Louie fled to Israel. Despite being a Palestinian living there illegally, Israel provides a safe refuge from his vengeful family and fellow Palestinians. Life is not easy in Tel Aviv, but Louie no longer needs to fear for his life and is accepted within Israel's gay community. He's learned to be tough and make sure that he doesn't fall into the wrong hands. Every time the Israelis expel him he sneaks back into Israel. He works illegally and avoids all contact with Palestinians and even Israeli Arabs who may give him up to his family in Nablus. In Jaffa where his family work he won't even walk the streets. As the cab drives past his family's kiosk he covers his face and says urgently, "drive, drive faster." "Unfortunately, Israel doesn't provide protection for people in your situation." says Anat from an Israeli refugee charity which can help him get asylum overseas. He doesn't want to leave the country, but ten years on the run have worn him down. He meets a successful refugee applicant named Abdu who is waiting to leave. Their friendship blossoms and Abdu tries to convince Louie to leave, but also brings him inside the Arab gay scene in Israel. Despite starting the refugee process Louie is still torn about leaving his homeland, "I want to breathe my culture, my land." Abdu leaves and Louie is alone in Tel Aviv. Both men desperately miss the families that persecute them. "We all live in yearning, I miss my father," Louie says. After receiving an offer of asylum, Louie learns the news of his father's death, "I was hoping that one day I'd be able to tell him, "forgive me, my father. I was born this way". But as he makes his way to the train station, he is caught by police and deported back to the West Bank. Will Louie ever be able to find the freedom he needs to live his life as a gay man? A truly heartbreaking story. LEARN MORE.
WATCH MORE.
JOIN THE DISCUSSION. 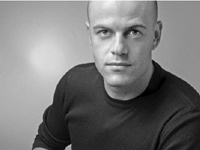 34 years old, Director, Writer and Producer, Yariv Mozer had graduated with distinction from Tel-Aviv Universitys Film Department in 2003. Mozer directed the short films: "Passiflora Waltz" (2003) and "Bed Stories" (2010), and the documentaries "My First War" (2008, Zdf Arte, Noga CH.8), winner of DocAviv special mention award, IDFA first appearance nominee and Winner of Toronto Jewish Film Festival, The TV documentary "Another Way, Noa & Mira Awad on the way to Eurovision 2009" for IBA's Ch. 1. "The Invisible Men" is his third film and is a Dutch-Israeli co-production. 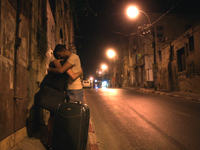 'The Invisible Men' tells the untold story of persecuted gay Palestinian who have run away from their families and are now hiding illegally in Tel Aviv. Their stories will be told through the film's heroes: Louie, 32 years old, a gay Palestinian who has been hiding in Tel Aviv for the past 8 years; Abdu, 24 years old, who was exposed as gay in Ramallah and then accused of espionage and tortured by Palestinian security forces; Faris, 23 years old, who escaped to Tel Aviv from the West Bank after his family tried to kill him. Their only chance for survival -- to seek asylum outside Israel and Palestine and leave their homelands forever behind.