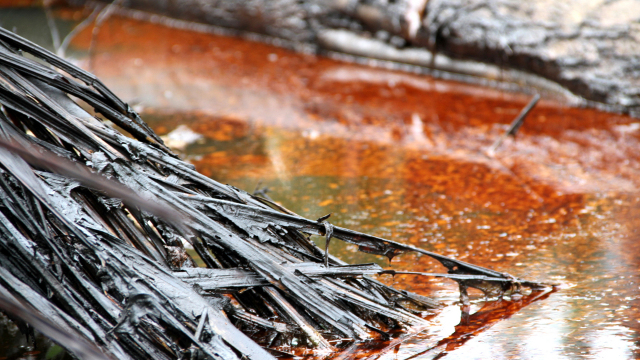 It is one of the largest ecological disasters in the world. As a bitter dispute over who is at fault rages, this report takes a powerful grassroots look at 50 years of devastation in the Niger Delta.

Aerial shots show vast black islands surrounded by shimmering slicks of oil. This is what much of the Niger Delta looks like after what environmentalists say is "the equivalent of one Exxon Valdez every year". While it is revealed by secret correspondance released by Wikileaks that one minister can siphon off $20 million dollars in bribes from oil companies, local communities are reduced to eating fish meat that tastes of kerosene. This inequality has led to the rise in cases of sabotage of pipelines to get access to crude oil. It is this that the oil companies blame now for the level of pollution. But for ecologists there are no doubts that poor maintenance is far more to blame than the low level sabotage for the fact that the Delta has more than one leak every day. They say the companies consider it cheaper to lose the oil than maintain and protect the pipes. And as the world turns a blind eye, the desperation of the locals intensifies. "There's a vast contrast between what we saw in America, when President Barack Obama was on the side of the people during the Gulf of Mexico spill, and here."
FULL SYNOPSIS
TRANSCRIPT