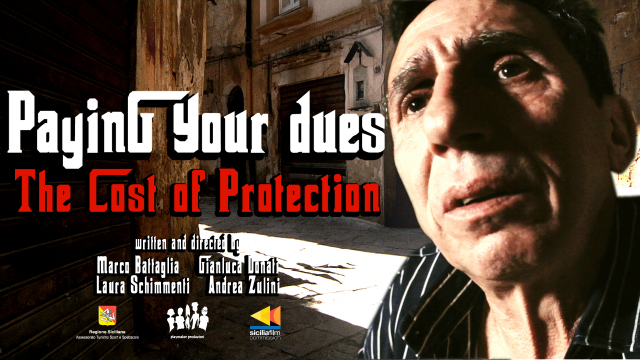 Shadows fall across the narrow streets of Palermo, cloaking the dark hand of the Cosa Nostra, the Sicilian Mafia. The Mafia still extort protection money, known as pizzo, from 80% of Sicilian businesses. Failure to pay pizzo means arson or physical attack. We throw open the shutters on this hidden world, where to confront the Mafia can spell death. An explosive mix of police footage, frank testimony and chilling reconstruction.

Failure to pay pizzo means arson or physical attack. Clothing maker Libero Grassi was the first to stand up to the Mafia and was gunned down outside his flat. He was labelled "a trouble-maker" says his widow, since no businesses then dared admit they paid pizzo. She draws strength from the brave youngsters who in recent years formed the Addiopizzo (Goodbye Pizzo) movement in defiance of the protection racket. When they took on the Mafia, "All hell broke loose." Menacing conversations intercepted by police reveal the true nature of the extortion. The "soft way" where people are "advised" to pay gives way to gruesome threats: "As soon as you step outside, they'll throw acid in your face..." Bar owner Maurizio Consiglio "found glue in the locks and shutters". CCTV footage captures the crime being committed. When he still refused to pay a motorbike was set on fire, again caught on camera. In intercepted conversations the Mafia discuss setting fires: "Nobody will stop us... BOOM!" Rodolfo Guajana's entire factory was burnt down in what looked like a terrorist attack, as punishment for joining Addiopizzo. Payments made with bundles of cash are caught on camera, with business owners begging for a reduced price. The list of who pays reads like a rosary. "The greengrocer, the fishmonger... Even the brothel pays!" Campaigners acknowledge what a complex decision it is to defy the Mafia. Indeed, many pay without being threatened. But people are at last speaking out. Businessmen testify in court about the racket - Gianmario Masia's building firm faced demands at gunpoint of 10,000 euros. Guiseppe Todaro owned a warehouse. The Mafia "told me that it was a matter of paying my dues... to have a quiet life, to run the business as usual." The Mafia claim there are "certain advantages" for businesses that pay: protection, the recovery of stolen goods and putting the competition out of business. According to Prosecutor Gaetano Paci "the "Pizzo" ends up financing the "Cosa Nostra", because it is used to maintain "honourable men" who are in prison." Imprisoned mobsters are filmed discussing weapons shipments, likely bankrolled by extorted money. A major breakthrough came when the homes of Mafia bosses were raided and handwritten notes of thousands of "pizzini" were seized. Written proof of every business under the thumb, every euro extracted. Later, a massive victory is hailed by Addiopizzo when two Sicilian extortionists Salvatore and Sandro Lo Piccolo are each given thirty years in jail. "Mass rebellion," it seems, can stop them. "An entire nation that pays the pizzo is a nation without dignity" is Addiopizzo's slogan. Some Sicilians are at last clawing back their self-respect.
LEARN MORE.
WATCH MORE.
JOIN THE DISCUSSION.
FULL SYNOPSIS 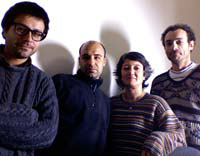 Playmaker is a production company working in the audiovisual field. Based in Sicily it produces creative documentaries focused on social and cultural issues for a national and international distribution. Thanks to a group of Sicilian professionals and providers, our team is able to support executive productions of feature film, documentaries and Tv productions offering a wide range of services such as location management, casting, crew composition, logistic, transports.
Playmaker works as well as a specialized service for audio and video equipment rental and It provides Eng troupes and postproduction services. Playmaker since 2006 joins the Pizzo-free business list promoted by Comitato Addio Pizzo. 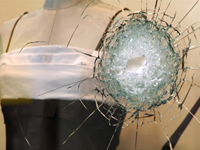 In a contradictory city like Palermo, many illegal behaviors, customs and attitudes are considered from the citizens as something unavoidable if you want to survive or lead a quiet life. One of these compromises its the payment of pizzo, the protection money paid in various forms and quantities according to the factory or shop size. This money gives Mafia a double opportunity, a proper economical collection for the welfare of the criminal organization, and at the same time a capillary control over the territory. Its hard to track a line of the bad and the good ones among common people, being very subtle the reasons that allow the surviving of this system. Its a system where there is a big grey zone of people that dont make any choice but just accept what the system impose. It is very difficult to understand if people is passive because of their established mentality or for the fear of possible recriminations. What is sure is that anyone in this city, even in daily life is called to do a civil choice, to be a compliant citizen or an involuntary hero.