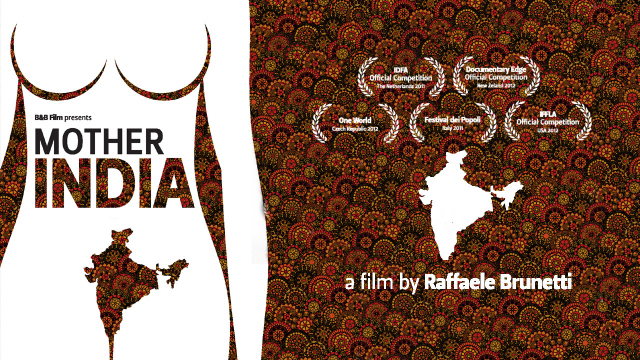 We follow one couple's journey through the painful struggle to overcome their 'curse from the gods' and have a baby. A fascinating insight into the big and frightening fertility industry in India whose massive population is continuing to grow. So why do they want more children? Because Indian society is obsessed with kids. This mentality has resulted in a boom in assisted reproduction techniques, fuelled by the promise of defeating the "curse" of infertility.

"A lady with no child is inauspicious. People don't want to get too close to me," Jhuma says bitterly. Friends and family are fully aware that Jhuma and her husband Niladri have not been able to conceive, but they still ask how old their child is and what school he goes to. Jhuma explains with resignation that they are trying to "humiliate me". After eight years of marriage their situation is becoming desperate. "We've been to many doctors and many gods. Now we are going to Hyderabad." On a busy train the couple eat together in silence, conspicuously alone as other people's children dance across the carriages. Out of place and overwhelmed in the cosmopolitan and bustling city of Hyderabad, Jhuma and Niladri are nonetheless determined to find out the reason why they cannot conceive. They meet with a feisty female doctor, Dr Rama, whose fertility clinics are both extremely popular and lucrative. Jhuma and Niladri examine the diagram on her desk warily. "What is a fallopian tube?" Niladri asks, beginning to look a little uncomfortable. The other side of the hospital, Varalaxsmi's husband is also uncomfortable with his family's situation: Varalaxsmi decided to become a surrogate mother whilst he was away. "You have done a very bad thing", he tells her. "It is wrong to sell a baby for money." But the money she is paid to carry another couple's baby will allow her own daughter to be educated. "I'll send her to the English school. She won't be illiterate like me," Varalaxsmi smiles. She has been promised $2,000 for delivering a healthy baby. "If it's a boy they'll pay even more". When Dr Rama first started her career, there were only six fertility clinics in India. "Now they are like mushrooms", she laughs. The crowded waiting room is full of couples looking both anxious and furtive. "Having a baby is the top priority of a marriage. They get the money for treatment by hook or by crook." She dismisses questions about how her work is impacting on India's serious population problem with a shrug: "In some houses there are 10 children. But in others there are none." As their options for having a child become narrower and narrower, Jhuma and Niladri struggle to come to terms with their situation and to navigate the complex social stigmas. "If I can't have a baby I want to adopt somebody else's. But he doesn't", Jhuma sighs. Candid and often heartbreaking, this intimate portrait lifts the lid on a universal human problem embroiled in a tragic cultural conundrum. LEARN MORE.
WATCH MORE.
JOIN THE DISCUSSION. 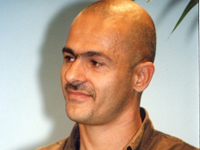 Raffaele Brunetti has been a documentary film director and producer since 1987. In 1988 he founded B&B Film, a dynamic production house based in Rome. The company develops and produces documentary films on subjects ranging from social to historical and environmental themes, through co-production agreements with major European television partners such as ZDF, Arte, NDR, YLE, SVT and RAI as well as the most important international broadcasters such as National Geographic and Al Jazeera. 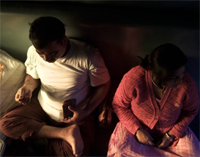 Raffaele: Two years ago I rented a room in the hostel next door to Dr. Ramas fertility clinic in Hyderabad, capital of Indias medical and pharmaceutical industry which is booming thanks to the huge assisted fertility business. I got to know the doctors, the nurses, the investors, the surrogate mothers and, through time, the clients: childless Indian couples desperate to overcome the curse of their infertility. The universal need for motherhood was revealed here in all its rawness. I decided to follow an Indian couple in their dramas, their trials, their prayers and their journeys, Over a year went by before I finally met Jhuma and Niladri, at the very moment when they were planning their journey of hope to Hyderabad. I am grateful to them for understanding my motives, for allowing me to follow them so closely. I am grateful to the Indian women, both the super-rich and the poor, who enabled me to see, through their eyes, the development and contradictions of this country which is both the most ancient and modern of all. A country in which, without any filters, we ourselves are mirrored, laying bare our own contradictions.