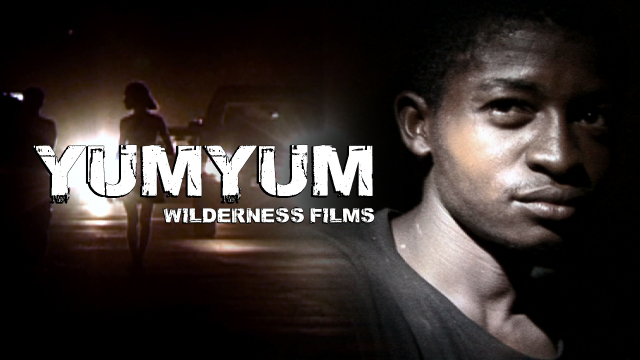 If you give a camera to a child living on the streets of Sierra Leone, he'll just sell it within a couple of days, right? But not YumYum. He's a former child soldier and leader of a street gang, who did the opposite. The result is honest, touching and original. Shot over 6 years, and interwoven with professional footage, YumYum and his gang's stories offer an intimate glimpse into the world faced by many children still recovering from the effects of a brutal war.

"We don't allow a little girl to stay out," one of YumYum's gang members says to us. "Some of us are bad. We will rape her, my companions, even me." He goes on, showcasing the terrible naive brutality of their reasoning and the violent posturing of which they're so fond. This is life on the streets of Sierra Leone laid bare. But YumYum's character brings us something different and more nuanced, "I'm a thief", he says, but beyond the bravura and anarchy of gang life he reveals a human side that is compelling... "and I suffer". And it's this sensitivity that makes the plight of YumYum and his gang so heartbreaking, despite their thuggery. "It has been 8 years since I saw my family", fellow gang member KK Dog splutters. He stares into the camera, helpless and desperate, tears streaming down his face. "I want to see my dad". No one believes KK Dog will leave the streets - he loves gang life too much. But here he is, just a young child who ultimately wants to be taken care of, to be loved. The world that YumYum and KK live in is one that seems to have made normal life impossible. It's one where no one sleeps with money on their body. But a machete under one's bed is a must. Where rape is normalized and brutal beatings and thieving are constant. Yet there may be light at the end of the tunnel. Despite cycles of helplessness and arrests, skip forward a year or two and changes are starting to take place with the boys. "I want to become a big man... I want people to say, he was one of the street boy... living from a dustbin. Now he is a lawyer". LEARN MORE.
WATCH MORE.
JOIN THE DISCUSSION.
FULL SYNOPSIS 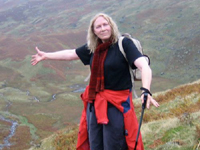 Hazel Chandler is an award winning director/writer/producer of documentaries, drama and current affairs, based in London and Sierra Leone. She received her masters in Film and TV from the Royal College of Art, London, and started Wilderness Productions in 2004 to focus on feature documentaries  strong personal stories with international appeal; often exploring human rights issues. She has completed a range of powerful films all over the world for broadcasters BBC, Channel 4, Discovery US, Teachers TV, Aljazeera International and MTV. She also made 80 music promos. 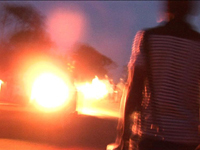 There was never a plan; I met Yumyum and the gang whilst shooting something else and promised I would go back, so I did. Giving Yumyum a camera was never planned either but it changed my life. It took a year before I felt I could hang out with them and feel completely safe. There also came a point when it did not seem right to keep filming these boys without trying to help and so I set about trying to support some of them off the streets. Keeping tabs on them was no small achievement. When the police raided they scattered and sometimes had to be searched out in another town. As a filmmaker I had many fears. When I gave Yumyum the camera I worried about him using it to make porn or deliberately setting up scenarios so that he could film them but this did not seem to occur to him. I worried about Yumyum moving to Freetown, for him and for the kids left behind. There was no one like Yumyum to step in as leader and they would be left to their own devices. I worried about helping just a few. Would that make them the subject of envy? How could I justify not helping the others? You can only do what you can do.