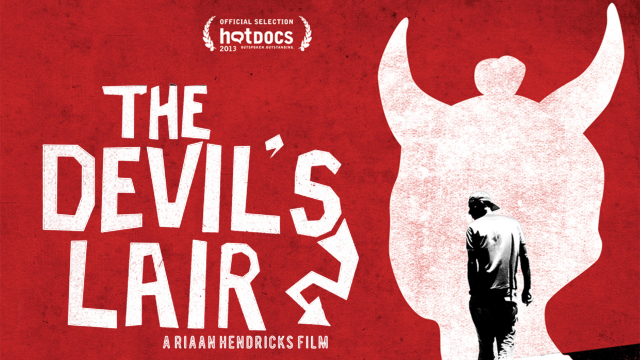 Braaim, a murder convict, gang leader and drug merchant lies in bed, his young daughter on his knee and a bullet in his side. Desperate to protect his wife and family but beholden to his gang, Braaim has discovered it isn't easy to walk away from a life of crime. Can one last hit job release them all from this seedy world, or will it be the end of the road? A dangerous and terrible insight into the criminal underworld of South Africa's Cape Flats.

"Someone came knocking on the door early this morning, asking if I know my husband has been shot", exclaims Braaim's wife, Gadija. "The way he lives, anything can happen." Risking his life is a daily experience for Braaim in his role as gang leader of the NTK, or 'Nice Time Kids', one of three violent gangs in his township. The strange continuum of life in South Africa's broken townships is clear; a world where power, respect and money are paid for in drugs and blood.

"The things I do today are things I saw growing up", confides Braaim. "My dad sold drugs. I saw how they used them, how to portion them, how to buy them and how to hide them." He grew up in an economic wasteland, where few opportunities arise, leaving only crime in their desolate wake. Escaping from this vacuum is something Braaim and his wife desperately want for their family, wishing to avoid past mistakes. "Things I do outside this house are things I don't want my children to learn". But breaking the cycle can seem impossible and juggling his responsibilities towards the gang and his young family is taking its toll on the ageing patriarch.

Braaim's answer is to "fight the war and attain peace" - by killing another gang leader, Poele. "The fastest live the longest. When two killers meet, one must die", he argues. The only skill Braaim has to use to escape the continuum and have "an opportunity to see my children grow up" is murder. "Poele ignited all of this, if we can kill him then everything is over". If Braaim's plan fails, he and his gang die and his wife and children will be left destitute. The stakes are high, he has few friends left alive and so the plan is vital. "Dress some of our men in school clothing, blend in with the school rush. Shoot through the bag, three bullets in the head!" he orders.

With remarkable access the volatile nature of life in a township is laid bare in this jarring obdoc, exposing a harsh world where the mantra "life is about choices" can hold terrible consequences.
LEARN MORE.
WATCH MORE.
JOIN THE DISCUSSION. 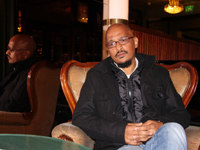 Riaan Hendricks was born in Cape Town. He studied philosophy and psychology at the University of Western Cape. He is a self-taught filmmaker and has produced a number of documentaries and has directed several films. His work is celebrated for constantly pushing the boundaries of the documentary genre. Drawn to observational cinema, his themes pendulum between being personal and very political. The constant struggle of engaging audiences with the subjective reality of his characters is expressed in the rich tapestry of moments that engrosses his work. 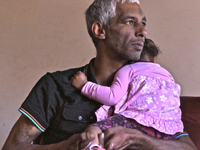 Braaim was my childhood friend when we grew up. A day would not start or be completed without him. The men in the film all grew up in the same community. Most of them I knew over the years. I was told that if I did not grow up with them, then I would never have been allowed to film what now makes up the Devils Lair. So this is my community, and it really burdens me to see how the young people are loosing their lives in a cycle of violence rooted in a sociopolitical history of systematic deprivation and poverty. For me, The Devils Lair is a film about a peoples desires for a normal life. The young people are spending their youth having to overcome the inherent social ills of poverty that consumes these communities, before they can even start enjoying the freedom of our new born country. Many simply do not make it.