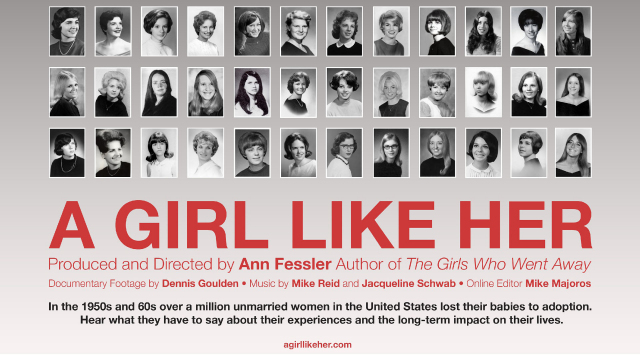 "I never wanted to give up my baby. It was taken from me". These are the recovered narratives of the unmarried pregnant girls of early 60s America who "surrendered" their babies, told to us decades later. Here, the silenced are given a voice. What do they share? Just how great and impact their histories of surrender and silence have had in the long-term.

"It didn't happen to nice girls," one voice remembers. "But nice girls do get pregnant". The voices of a hidden history, one that affected over a million women, are relayed anonymously. They are the stories of women who became pregnant, were banished to maternity homes, and forced to "surrender" their babies for adoption. These are women who have experienced trauma. Their candid accounts are accompanied by archive footage from the time: from TV ads to educational films, which provide a stark contrast to the very real experiences we are told. These women are given back the voice that was taken from them the moment they fell pregnant. Hidden away, a recurring question dominated: "What am I going to tell the neighbours?" Their memories are marked by this shame, and by sorrow and loss. "I was in no way prepared for how desperately I wanted to hold that child," one woman utters. Yet they always returned home alone and completely ostracized. "It was over for you", one voice explains matter-of-factly. Struggling to control feelings of anger, powerlessness and deep sadness, these women still battle with past traumas: "I had my 70th birthday not too long ago", one woman says, "so it still colours my life". Despite some successes elsewhere, how this has defined their lives and controls every part of their existence is unavoidable. "I can't tell you how many people say: aren't you ever going to get over it?", one voice says with a trembling determination, "You never get over this". LEARN MORE.
WATCH MORE.
JOIN THE DISCUSSION.
FULL SYNOPSIS 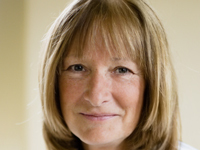 Ann Fesslers work has focused on the stories of women and the impact that stereotypes and mass media images have on their lives and intimate relationships. In 2002, Fessler began interviewing women who lost babies to adoption during the 28 years that followed WWII, when a perfect storm of circumstances led to an unprecedented 1.5 million surrenders.

Fessler has produced three films, numerous audio and video installations, and written a non-fiction book on adoption. Her two earlier short films Cliff & Hazel (1999), about her adoptive parents, and Along the Pale Blue River (2001), about the search for her mother, have won awards at festivals and been screened internationally. 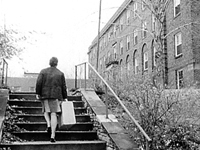 In 1989 I was approached by a woman who thought I might be the daughter she had surrendered for adoption forty years earlier. Though the woman was not my mother, I am an adoptee and the conversation that ensued changed the focus of my work. After finishing two short autobiographical films, I began interviewing women who lost babies to adoption in the 1950s and 60s, and researching footage that both reflected and shaped the publics understanding of adoption of the time in order to shed light on this hidden history and give voice to women who were shamed into secrecy and rendered invisible and voiceless.