The two Canadian boys who go to fight Gaddafi in Libya 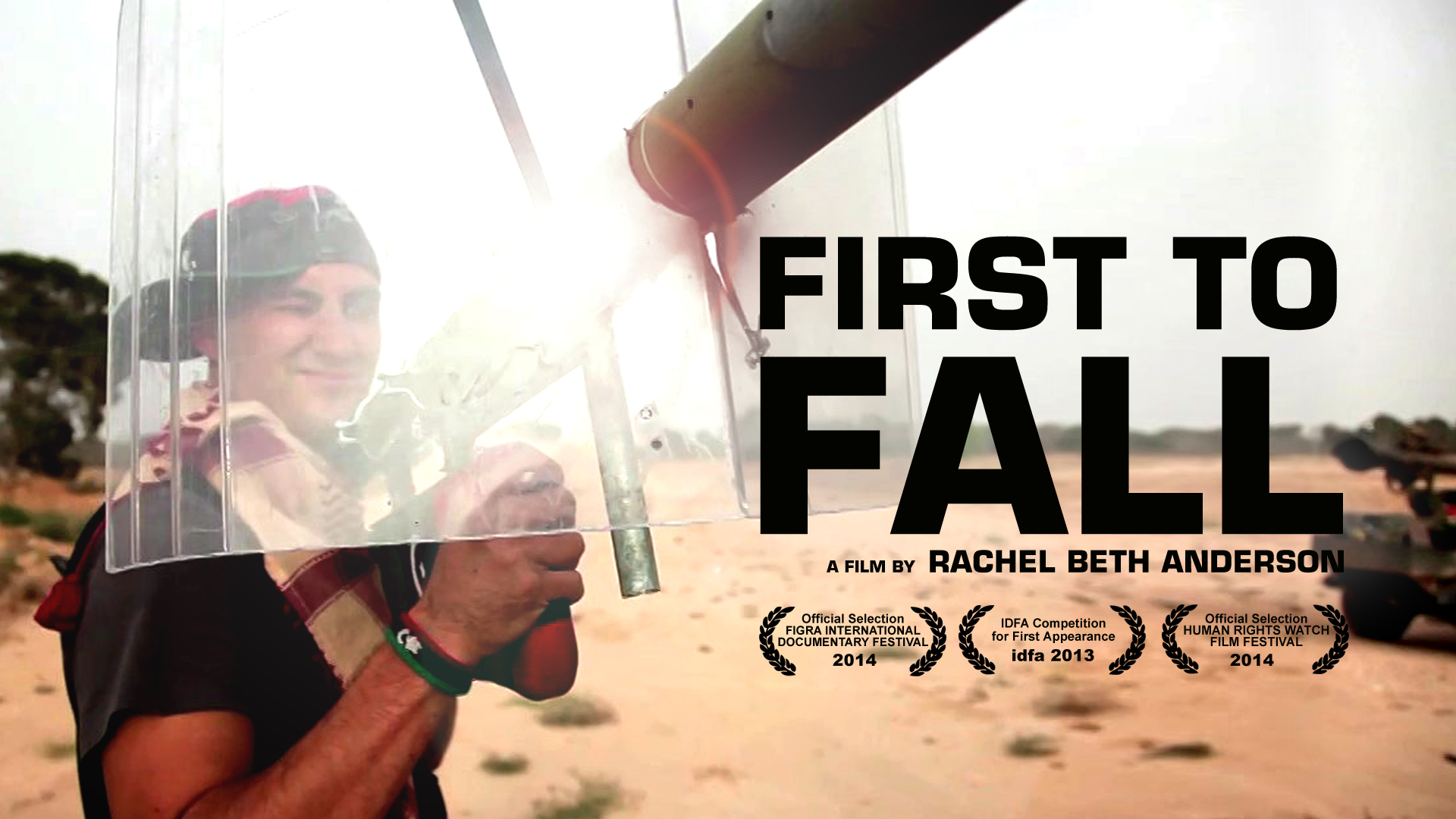 Hamid and Tarek are Canadian boys going to fight in the Libyan revolution. On the outbreak of fighting, they decide to return to their homeland and join the brutal guerilla war to liberate the country. They will be wounded and changed forever by the experience. Their youthful naivety is set against the unforgiving landscape of war, as they learn about life and death on the frontlines. A hugely impressive narrative account of the Libyan revolution.

When the boys first land in Benghazi it almost feels like the start of a holiday. "Bling, bling huh!" Hamid shouts at a soldier with a gun and bandoliers full of bullets slung over his shoulders. The man smiles back from behind large sunglasses. Sitting in a cafe Tarek asks, "Hamid, have you fired a gun before?" Hamid responds, chuckling, "I've played Call of Duty, I'm good at it". They're laughing and joking, looking forward to the frontlines. Neither of them realise how the field of war will change them. "It was the first time I saw so much blood, so many dead bodies and I immediately thought I want to be there", Hamid says, surrounded by the bloody mayhem of a military hospital in Misrata. He heads to the war with a camera. "We always had the idea that the camera is our gun." But in the midst of the madness of war, rockets, RPGs, machine guns and anti-aircraft guns, Hamid is handed a gun and puts down the camera. "It's really risky out there, any day I go out there I might die. But I like it." Tarek goes to Zawiya, his hometown, to fight and defend his family. "I don't mind being shot or dead. Because I believe that you're going to die sooner or later. So why don't you die with pleasure, defending your country". The fearful look in his eyes seem to contradict his words. "Tarek is a thinker. There's no time to think in war, just do your job", Hamid says. "Stop it Hamid, You are making fun of me", Tarek says, as Hamid teases and pokes him in the brotherly way he's always done. "Can't you see what's happened to me?" Hamid has been changed as well. As the country descends into chaos, Hamid's hopeful vision for the future of Libya has collapsed. "I feel angry, like betrayed or something. They called us Freedom Fighters in the beginning, now they call us militias." A unique and powerful narrative, which presents us with a dark reflection on the nature of war. A Film by Rachel Beth Anderson LEARN MORE.
WATCH MORE.
JOIN THE DISCUSSION. 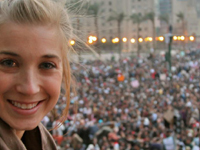 After participating in a Fulbright sponsored Journalism program based in Cairo, Rachel graduated from the University of Nebraska-Lincoln Journalism school where she filmed and co-produced a Robert F. Kennedy Journalism Award winning doc Breaking Down Barriers. Rachel officially made the move to Cairo, Egypt in 2010.

During the 2011 Egyptian revolution Rachel worked as a videographer and field producer for PBS Frontline documentaries: Gigis Revolution, and The Brothers. Her footage from the uprising is also included in multiple long form documentaries including BBCs This World, Egypt  Children of the Revolution, PBSs Before the Spring: After the Fall, independent films Zero-Silence and Uprising, and most recently Frontlines 2013 follow-up documentary, Egypt in Crisis.

Rachels directorial debut feature documentary First To Fall was borne of a 7-month journey spanning the Libyan war. She felt the need to understand the young fighters and the Libyan people whose backyards became an active frontline. This motivation became the backbone of First To Fall. The film had its World Premier screening at the International Documentary Film Festival (IDFA) in late 2013, and will be showing during the spring season of 2014 in the Human Rights Watch Film Festival in London, and FIGRA Festival in France.

Rachel is currently based out of Brooklyn, NY. 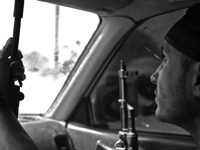 In February of 2011, just days after the Libyan Revolution began, I drove across the border from Egypt and set up camp in Benghazi. There I met Tarek and Hamid, two Libyan Canadian expatriates who, having never so much as touched a gun in their lives, abandoned their relatively comfortable lives in Canada to join the violent fight to liberate their motherland from Gaddafi's tyranny. I followed them from their temporary homes to the soccer fields, to hookah spots, and finally to the frontline battlefields. I watched them grow from boys into hardened soldiers. I witnessed firsthand how armed conflicts irrevocably transform generations. For Tarek and Hamid, transformations occurred not on the battlefield, but in the downtime between their headlong rushes into danger. That is why, when everyone else turned off their cameras, I turned mine on. On the surface, my film chronicles a specific moment of the Arab Spring: Libyas eight-month revolution for independence. I was there from the very start and stuck through until the rebels gunfire celebrations in the streets of Tripoli. But I did not stick around to see Gaddafi brought to justice. I stuck around for Tarek and Hamidto understand what drove them and how war changed them.