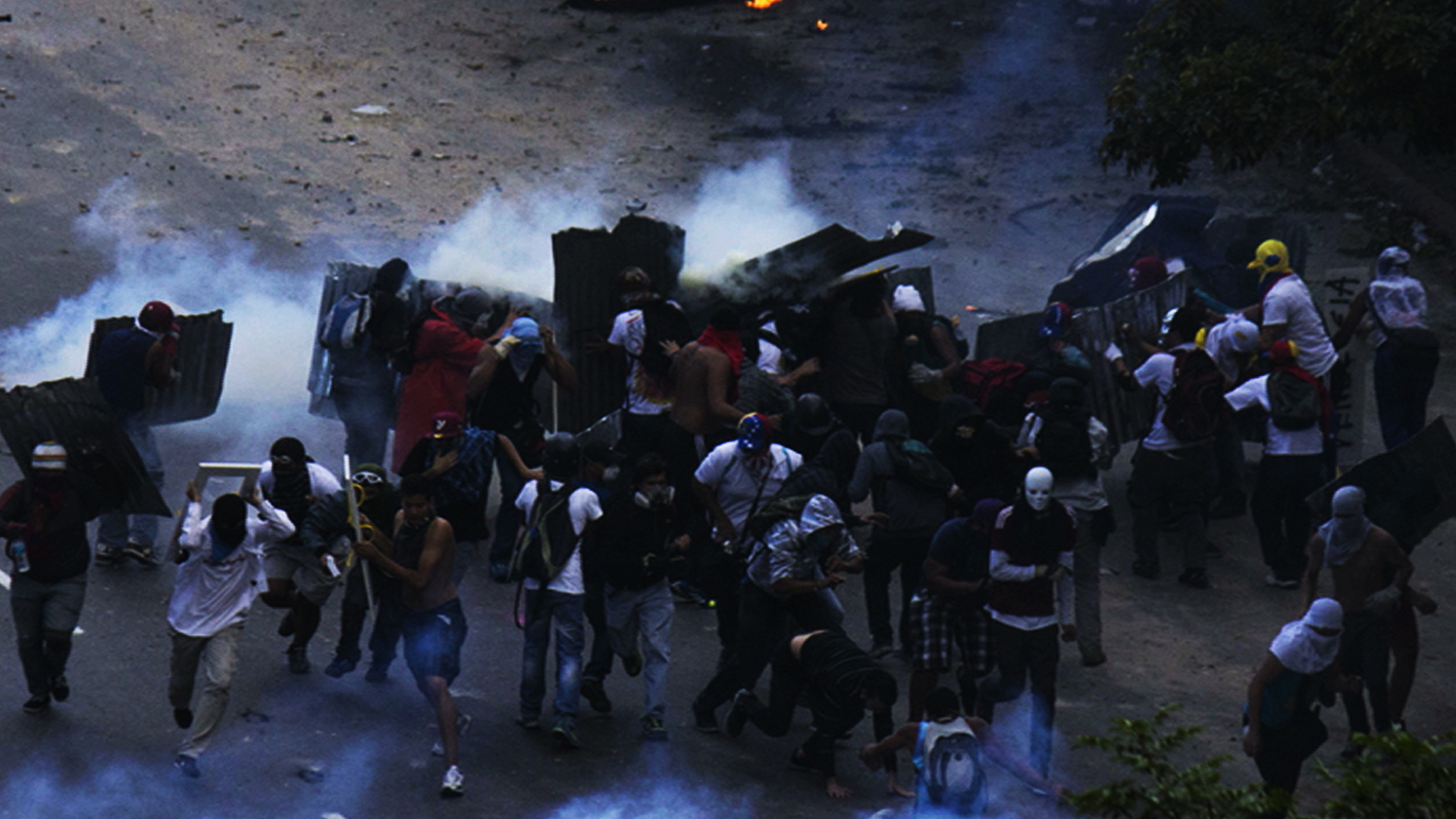 The Venezuelan government's repression of the media and targeting of journalists has largely kept the extent of turmoil within Venezuela a secret. This report, brought by citizen journalists, offers a rare glimpse inside the troubled socialist state.

"This is a lead cartridge, it penetrates the skin and is illegal to use to repress public demonstrations", explains engineering student turned resistance group leader Alessandro. Over 30 people have now died in violent anti-government protests that began as a peaceful, student-led movement. Fears of a civil war began to permeate when President Maduro, appointed by Chavez as his successor, won by a narrow margin in a disputed election. Now, armed pro-government vigilantes known as colectivos are said to be instigating violence, roaming the city at night and terrorising residents. "Whatever President Maduro says will be obeyed without argument by the revolutionary colectivos of Venezuela", vows Lisandro Perez, head of one of the most radical colectivos in Caracas. The deaths of anti-government protesters have only fueled the tensions. Geraldine, a 23-year-old science student and promising athlete was shot at point blank range in the face. Her father's message to the protesters is clear: "We have to get rid of this regime that is taking us to our death. Because we will all end up dead".
FULL SYNOPSIS
TRANSCRIPT