The Hunt for Boko Haram

Exposing the brutal militia tactics behind Nigeria's war on terror 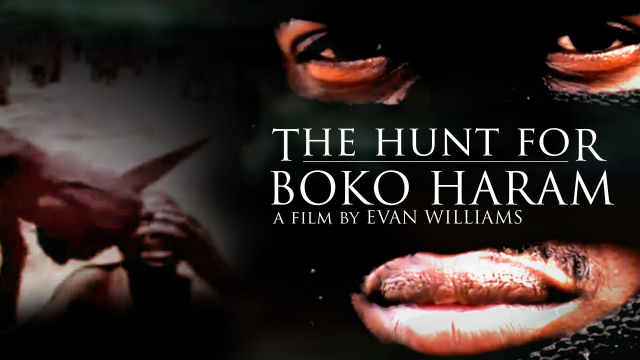 The kidnapping of 200 schoolgirls by Boko Haram sparked outrage around the world. But Nigerian forces engaged in fighting the group may be guilty of war crimes every bit as shocking as the militants they denounce. Rounding up suspects, extracting confessions, and slitting the throats of detainees, the tactics of the Nigerian army have civilians living in fear of both an unscrupulous terrorist cell, and the very people who are supposed to protect them.

"In the future, we will take women and sell them in the market", claims one member of the hard-line Islamist insurgency. The radical manifesto and brutal tactics of Boko Haram as they strive to establish an Islamic state in northern Nigeria are now well known. This year alone, the group has been responsible for the deaths of more than 2,000 people - most of them civilians. "They see themselves as the Taliban of Nigeria", explains the president of the country's Civil Rights Congress. "They burn schools like the Taliban, they kill public officials like the Taliban." However, alarming new footage has emerged of atrocities committed by Nigerian forces that equal if not surpass the savagery of Boko Haram. Dozens of mobile phone videos attest to the imprisonment, torture and summary execution of innocent civilians by the army and local militias charged with the task of driving the group out of the region. "We tie their hands and legs and place them in the sun", explains a militia insider. "We beat them with a stick until they scream". "They were beating him, beating him, beating him", recalls one militia insider of a particular trial by ordeal inflicted on a young boy. "His parents were there and they tried to stop it but they couldn't. In the end they just had to turn away." Shown footage of this horrifying attack, International Human Rights Lawyer Mark Ellis says, "It's quite apparent that it's military doing this - and that is a war crime". These militias have been hailed by President Goodluck Jonathan as 'new national heroes'. But concerns are growing that their wide-scale campaign of abuses is pushing people towards the radical Islamists. "If they find a single Boko Haram, they will burn the village", explains a schoolteacher in the ravaged town of Bama. "As a result of this, the next village will volunteer. This is the reason Boko Haram is increasing day in, day out." LEARN MORE
WATCH MORE
JOIN THE DISCUSSION
FULL SYNOPSIS 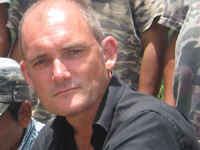 Evan Williams is a TV news and current affairs reporter, presenter and producer with 20 years experience covering some of the worlds most difficult countries, including Burma, Zimbabwe, West Papua, Iraq, the Middle East, South East and Central Asia. He has worked as a Sydney-based Senior Reporter on the Australian Broadcasting Corporation's flagship international current affairs program Foreign Correspondent and before that he spent more than five years as ABC's South East Asia correspondent. He is now based in London as an independent TV journalist and documentary filmmaker working regularly as a reporter for Channel 4's weekly international current affairs program Unreported World.