One American town battling to bring back Uranium mining. 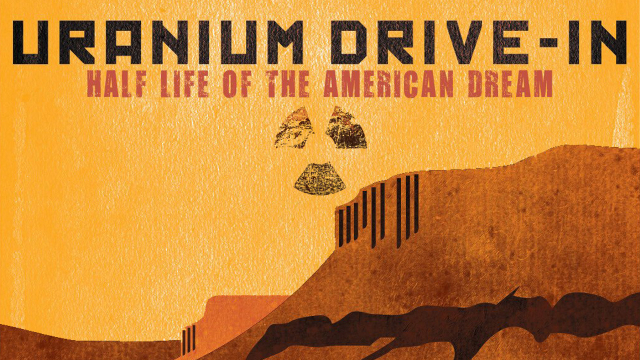 When a ghost-town in Colorado is proposed as the site for America's first new uranium mill in thirty years, the locals couldn't be happier. The promise of jobs after decades of hardship has the community looking towards a recovery of hope. But with a group of environmentalists blocking every step of the way, it soon becomes a battle of people versus planet. Offering no easy answers, this documentary asks who should decide the future of a place?

"The mill will give us life again", says one elderly resident of Naturita, Colorado. It's a conviction shared by many here, who recall the town's glory days as the uranium hub that supplied the Manhattan Project. But support for reopening the mines goes beyond nostalgia. Since Chernobyl, when the world lost its appetite for nuclear power, the town - like the radioactive ore on which it is built - has been slowly decaying. "We're still surviving", claims Ayngel, a mother who writes fiction to make ends meet. "But it's just kinda like those last few breaths. We wanna keep breathing." The promised jobs that were to inject life back into this stricken community have been a long time coming. Held up by lawsuit after lawsuit filed by climate-conscious 'hippies' from a nearby ski-resort, the delay has soured relations with the town's affluent neighbours. "Frustration doesn't even come close to describing how we feel about our lives and our choices being taken away from us", explains one former miner. "And the people complaining the most are driving to the protests in their Mercedes!" Pitting historic tales of accidents and health hazards against stories of the desperation and poverty of today - lost lives against lost livelihoods - the mill is bringing division not only to the community, but to the hearts and minds of the people themselves. "I often feel deep despair arguing against the mill when it does mean jobs", says Jennifer Thurston, a campaigner for the Sheep Mountain Alliance. "You know, it does torment me." But - as everyone here is all too aware - when it comes to deciding the future of their town, they can't have their yellowcake and eat it too. LEARN MORE.
WATCH MORE.
JOIN THE DISCUSSION. 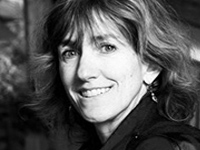 Born in Jamaica and raised in Puerto Rico and the Dominican Republic, social and environmental issues pervade Suzans work. Her films have appeared on National Public Television and on
the Documentary Channel, at Lincoln Center, and at many festivals
Her film, Bag It (2010), was honoured as a finalist at the Puma
Creative Impact Awards in Berlin, and has been televised in over 30 countries. Her current project, Uranium Drive-In, is a recipient of
Sundance Institute and Chicken and Egg funding and was featured
at both Good Pitch and Hot Docs Pitch Forum. 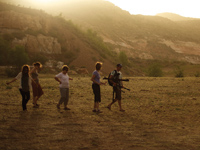 I live in the resort town that is home to the environmental organization opposing the uranium mill in Uranium Drive-In. The resort town of Telluride is about sixty miles from the communities featured in the film. Early on in the process, I began to follow the issue of the proposed mill as meetings and debates began, outlining the pros and cons. I went into the project assuming that this will was a bad ideaafter all I consider myself an environmentalist and was concerned about the impacts of the new mill on our watershed. As well, I was wary of nuclear energy.

After spending two years in this community really getting to know people and why they so desperately wanted the mill, I grew to understand that the issue wasnt nearly as black and white as I had originally assumed. Many factors need to be weighed when
we, as a nation, decide on a sustainable energy future.

While I am still not a nuclear energy convert, especially in regards to the front end and back end of the nuclear fuel cycle, I am aware that it may need to be part of our energy future if we expect to dramatically reduce our planets carbon emissions. Several world-renowned scientists, who were formerly anti-nuclear, have revealed to me that they see no way for our survival without nuclear energy; they were very clear in their stance that renewable energy can never fulfill all of our energy needs. That does give one pause.