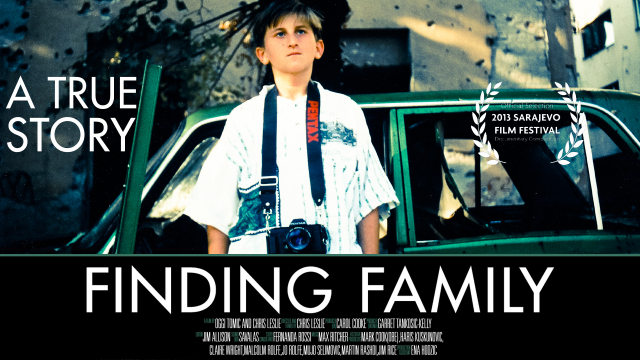 Abandoned at birth in war-torn Bosnia to a childhood plagued by near starvation, Oggi Tomic did not get the best start in life. Twenty seven years on, now happily married and settled in the UK, he receives the phone call that every orphan dreams of: his family have tracked him down and want to meet up. But as Oggi journeys home for an extraordinary reunion, he uncovers a chapter of family history he would sooner forget. Could these be the people who once tried to kill him?

Oggi, tensed up behind the wheel of his car, is apprehensive, his nerves plain to see. Familiar territory dims, as he adds miles between himself and the city he loves, the Bosnian capital Sarajevo. He's conflicted about meeting the family that abandoned him, however he is well past the point of no return, and knows it. A Serbian flag waves from the roadside, announcing his entry into Bosnia's Serbian territory. "Boom! Republika srpska", he quips nervously. Oggi's mounting discomfort is clear as he nears his final destination, the family reunion planned by his Serbian ex-combatant uncle, deep in the country's Serb 'heartland'. First though, Oggi goes on a pilgrimage of his past, revisiting the orphanages of his youth, where new personnel, new beds and a new generation of the abandoned have replaced his memories. At the orphanage, Oggi and his prying camera do not exactly receive a warm welcome, and the crew is forced to film on the street outside. Unwelcome then and unwelcome now, he does not linger long by the crumbling facade. Only in Sarajevo, his adoptive city, with whose fate his own became inextricably tied, does Oggi seem totally at ease. He is clearly home again as he drives down its streets, delighted to see the capital thriving now, after seeing it suffer all those years ago. "It's really, really nice to see that effort has been put in to make it shine", he says, his voice tinged with emotion. Leaving behind his comfortable new life in Cambridge, England, Finding Family is a film Oggi Tomic needed to make, in order to resolve unanswered questions about his past: Who are his family? Where do they come from? Why did his mother abandon him? In the process, however, his film asks a more universal question about what makes family, and explores the primeval emotion that is a mother's love. LEARN MORE.
WATCH MORE.
JOIN THE DISCUSSION. 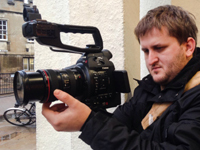 This is going to be the most important journey of my life, it might be difficult but its one I need to make in order to close this chapter. I am not just wanting to make this film just for myself,
I want this film to be used to encourage orphans and other abandoned children throughout Bosnia to have the courage and to be given the resources to help trace their own long lost families." 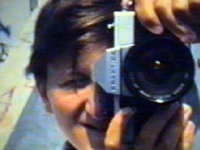 Finding Family is the true life story of Oggi Tomic, who produced the film with director, Chris Leslie. Leslie first met Oggi in the orphanage in 1997. He was there to teach
children photography. From the very outset he was the star pupil with a raw talent for photography. Witnessing Oggi's journey for the past 15 years, from the orphanage to his move to the UK, his marriage, graduation and now finding his family. This is the next part of Oggi's journey, produced by BAFTA Award winning production company: OH! Films.