A poetic examination of Indian society through the prism of water 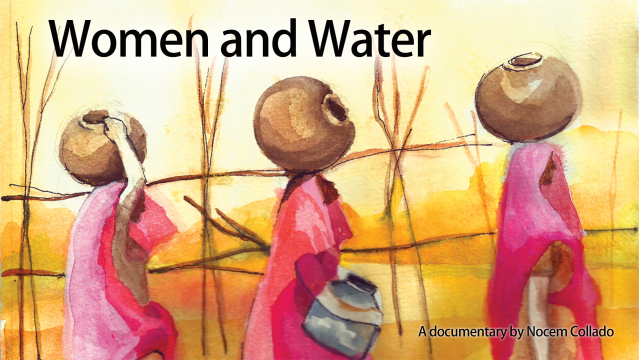 From birth through to death, water plays an essential role in every stage of life. And in India, as with most poorer societies, it is women who are responsible for finding water, and using it. Women and Water is a beautiful, poetic examination of Indian society through the prism of water and shows how this most elemental of resources is denied to the most needy. Life is water, water is life - no matter whether you're rich or poor.

As dusk descends on the city, crowds of women and children flock to the river. They light tiny candles to set adrift, the dancing flames lighting up the dark, swirling waters. Then the ablutions begin, sacred ceremonies known as puja, impenetrable to the casual observer, but crucial to the faithful. The ash, flowers and offerings cast into the waters join the other human waste discarded from the river bank. "The condition of these rivers is unimaginable. Instead of being an object of beauty, these rivers have become like a throttled drain." Assorted debris cover the surface, the putrid waters beneath practically invisible under the city's garbage. For the poorest in Indian society, who live closest to these poisoned arteries, they are bringers of disease. The 'untouchables' or dalits, are forced to take their water from the filthy river, and are subjected to physical attacks if they try to take water from cleaner sources. "They think if we touch the water, we contaminate it", says dalit Lakshmi. "Just as air is free, no? We all breathe air... water has to be free." With access to water increasingly dependent on your ability to pay for it, it is little wonder that many speak of the 'privatisation' of supply in India. Here, the richest drink bottled water, while the poor collect and sell the discarded plastic to recyclers. The middle classes aspire to getting their own showers, while the poorest lack access to even a private patch of ground for their toilet. In this starkly beautiful film, water is the conduit for a reflection on injustice in a pyramidal society. 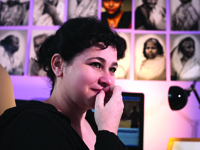 I was born in Granada and from an early age my passion for images, travel and anthropology have led me to develop my professional life as a documentary director, producer, photographer and magazine contributor in which I write about the situation of women in the countries I visit. 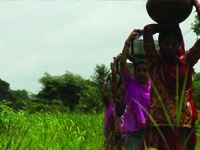 To film Women and Water I travelled almost the entirety of India for six months and lived, laughed and wept with the women featured in the documentary. The advantage of being alone is that I don't experience things as an outsider; I become part of the frenetic, inescapable course of their lives. Although not at war, India is one of the most violent countries for women and the vulnerable. Women and Water is more poetical in texture but is still an argument in support of womens rights.