The female Muslim preachers on a mission to change their nation 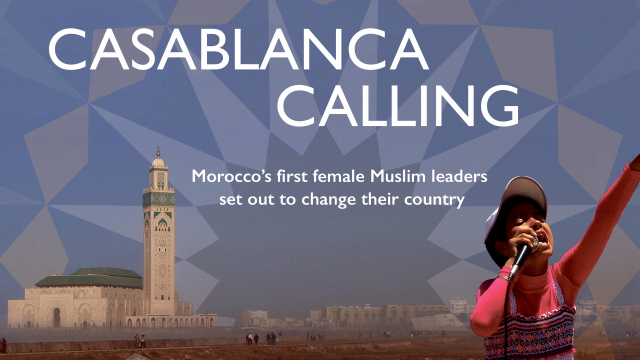 In Morocco, an unprecedented experiment is taking place.​ F​or the first time ever in a Muslim country, women are being allowed to become preachers. The morchidat, as they are known, might just be the antidote to extremism, and they are teaching a more tolerant form of Islam that protects the rights of women. Part teachers, part counsellors, they go from town to country, schools to prisons, sowing the seeds of change.


"She knows everything that's going on in our lives, any problems at home. She's like our mum, sister, teacher, everything!" At the girls' dormitory where morchidat Bouchra acts as counsellor, she is a popular figure, having earned the absolute trust of the girls through her frequent visits. She is indispensable in helping them navigate the problems that come with life away from home, not least the tension with their families that arises from their burgeoning independence; until recently in Morocco, exposing girls to the outside world was considered a sure path to their corruption. In Bouchra, the girls have a confidante with whom to share their frustrations; one who is committed to changing the older generation's archaic modes of thought. "Morocco and other Muslim countries have been living in a long period of ignorance and stagnation" says Hannane. A Morchidat like Bouchra, she believes that women preachers can bring much-needed change to Moroccan society starting with women's rights, which they consider a fundamental tenet of Islam. Their mission to disseminate this message as widely as possible takes them to villages where religion is the pretext under which women are forced to work in the fields. Rachida lives in one such village, where the men do not work. A visit from a Morchidat provides the opportunity to voice her frustration: "Why must women suffer from childhood to old age? I can't believe Islam says we should live like this." Can the newly-trained Morchidat change old ways of thinking? Revealing the unbreakable optimism of these women, Casablanca Calling documents their struggle at the forefront of change in modern-day Morocco. 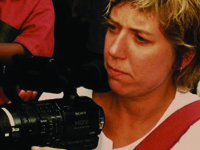 Rosa Rogers began her film making career making short experimental dance and poetry films for Channel 4 which won prizes at festivals around the world. She was drawn to the world of documentaries and over the past few years has directed many short documentaries for leading UK broadcasters which have been shown across several continents. She has twice been a finalist in the One World Media Awards. Casablanca Calling is her first feature documentary, following the work of Moroccos new generation of female Muslim leaders. 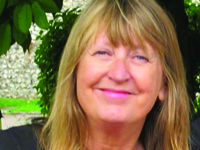 Hilary Durman is a director of award-winning indie Redbird. She has won three BAFTAs for dramas including Oddsquad by John Godber and Dream On by Ray Harrison Graham. Hilary has produced documentaries for BBC and Channel 4 on many different subjects. In 2009, she produced The Time of Their Lives for BBC Storyville and the UK Film Council. Her second feature documentary was Donor Unknown, a Redbird and Met Film co-production, directed by Jerry Rothwell. 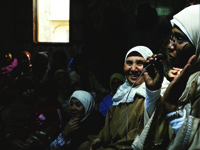 At the time when we first heard about the Morchidat there was a lot of debate about the leadership roles women could take in Christianity and at the same time, in the wake of 9/11 and the London bombings, anti-Islam sentiments were high in much of the popular media. Filming Casablanca Calling was the most challenging experience of my filming career. Despite the difficulties, I believe passionately that the work of the Morchidat is groundbreaking and that their story must be told. I feel strongly about the misrepresentation of Islam in much of Western mainstream media and want to show a different side. We wanted to tell human stories which transcend cultural divides, and simultaneously illuminate everyday truths about the lives of ordinary women in the Arab world.