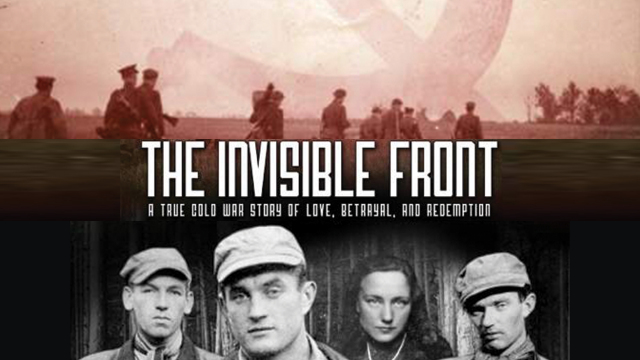 When Russia occupied Lithuania after WWII, a section of the population refused to submit to the communists' rule of fear. This resistance force played a game of cat-and-mouse with the Russians in the Lithuanian countryside for years, costing many their lives. With testimonials from survivors on both sides of the conflict and rare access to KGB documents and archival footage from the period, The Invisible Front tells their extraordinary story.

With a torch in one hand, Eleonora Labanauskiene leads the camera crew down a narrow set of stairs into a secret bunker located on her family's farmland. This is the hideout where Jozaus Luksa remained undetected for 6 months, while Russian forces turned the Lithuanian countryside upside down in search of him. With her walking stick, Eleanora indicates the spot where there was previously an opening through which Luksa could crawl. Her part in concealing him would land her in prison. "If we both stay alive, we'll be the best of friends", she recalls him saying to her. She survived, but he did not; Russian forces eventually got their man. But who was Juozas Luksa and why did the Russians want him dead? Initially a resistance fighter like any other, himself an architecture student in a band of ordinary men without military training, Luksa soon realised that armed conflict against the colossal force of the Soviet army was hopeless without good PR. So he established a resistance printing press. In the absence of proper apparatus, sharpened bullets were used to etch its messages onto the printing plates. Later, he achieved the incredible feat of crossing the Iron Curtain not once, but twice, returning to Lithuania as a CIA agent, hoping to convince America to come to his country's rescue. The love story of Luksa and Njole Brazenaite stands out amidst a narrative of bloodshed, betrayal and terror, yet their devotion to one another was inevitably entwined around the cause of their home country, nicknamed Luksa's "second wife", and their shared passion for its liberation. "You must admit that happiness is found only very rarely, and under the most trying of circumstances", Luksa writes, leaving behind his beloved in the hope that he would be able to cross the border once more. Luksa and Njole's story is the thread that guides us through a tumultuous period of Lithuanian history, during which 200,000 were sent to labour camps in Siberia. It is a journey during which we meet resistance members, supporters and defectors, as well as Russians who were part of the occupying forces, all of whom help us to navigate this poorly understood chapter of Lithuanian history. Reported in a frank and powerful manner, the story of this truly "undefeated nation" lives on. Despite the eventual crumbling of their movement, the patriotic spirit of the Partisans, embodied in the figures of Luksa and Njole, continued in the hearts of their countrymen until the final fulfilment of their dream in 1991 for independence once more. LEARN MORE.
WATCH MORE.
JOIN THE DISCUSSION
FULL SYNOPSIS 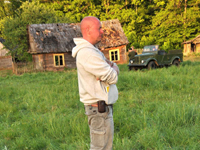 Jonas Ohman is a documentary filmmaker, journalist, translator and activist currently based in Vilnius. He is actively supporting the Ukranian army in its fight against Russian intervention through his extensive research, Eastern Europe's recent history. Jonas's research provided the solid knowledge base for the story told in The Invisible Front 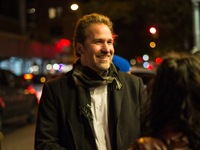 Vincas Sruoginis has spent the past 15 years working in both the advertising and film industries on New York. He is the grandson of a prominent exiled Lithuanian, the former ambassador to the United Nations, Anicestas Simutis. Vincas has used his professional experience and personal insight to tell the uniquepost-war story of the Lithuanian partisans. 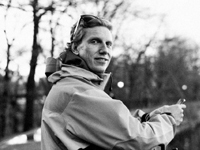 Mark Johnston is agraduate from the USC School of Cinema in California and has produced award winning commercial content for brands such as Adidas, Nissan, Sony Playstation, and Bacardi. Mark is inspired by the resistance movement and works to showcase the people sacrificing themselves for freedom so they may not be forgotten. While producing The Invisible Front he tried to answer the question for himself - "Would I do as they did?" 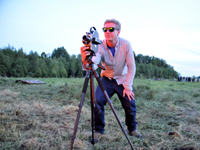 Film makers statement:
The idea for the film came to light from the book "Partizanai" written Jouzas Luksa and was elaborated into the Lithuanian post-war resistance story against the inevitable Soviet occupation. We sought to make a film about human character and the human ability to choose, at its best, and worst. What is happening in Ukraine, after making this film and knowing the 'plot' of Russian imperialism has come as no surprise to us. It is basically the same story so to speak, repeating itself. Today to remember the partisans we created the Green Wristband movement as a sign of support of the partisans and their idea of resisting totalitarian regimes. It has turned into a symbol of defiance, having in mind Russia's present behaviour. Using our film company's charitable status, we have also been raising money to buy equipmentfor volunteer units in Ukraine's struggle against pro-Russian separatists.