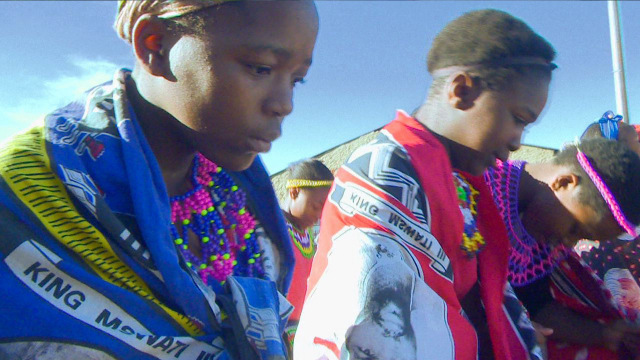 Corrective rape, the attempt to cure lesbians of their homosexuality, is escalating in severity in South Africa. This film explores the phenomenon through the story of a gay single mother from near Johannesburg.

Busisiwe's five children are all the offspring of corrective rape. As a lesbian, she was raped in order to be 'cured' of her homosexuality. Despite that they're a product of the hate crime, her relationship with her children is not destroyed: "I only want them to succeed in life, to have the things I didn't." In Gauteng near Johannesburg, crime and violence are on the increase and life is tough. With the courage found in her children, Busisiwe helps to educate the young about being safe on the streets.
FULL SYNOPSIS
TRANSCRIPT