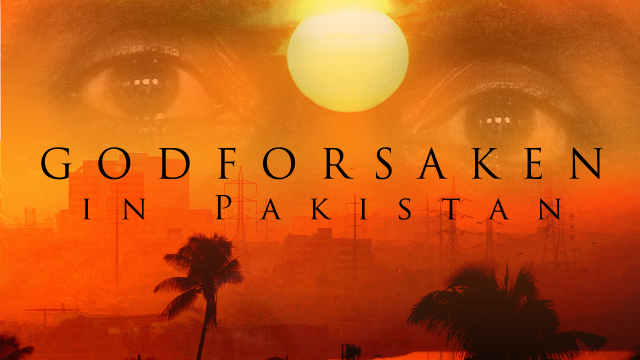 In Karachi, Pakistan's poverty-stricken port city, organized criminals peddle heroin to the weak and vulnerable, while corrupt government officials line their pockets. Half a million heroin addicts, many of them children, are left to live in squalor on the streets, often prostituting themselves for money. Ignored by the government and ostracized by their communities, they are an underclass that this religious society would rather ignore.

The Maripour terminal in Karachi is the busy hub where truck drivers come to rest and refuel and where, come night-fall, crowds of desperate women and children congregate to sell their sexual services. They are ruthlessly exploited by the drivers. Street children, some not yet teenagers, make easy targets: most are addicted to heroin, and they'll do anything to pay for their next high. Moeen and his street brothers start the day by chasing the dragon - the first of their 10-12 daily doses of heroin. "If I don't take drugs I can't walk, or get up, or work", he says. Moeen knows he is on a destructive path, but cannot stop. "In the end, this drug leads us to either madness of death." At 16, he is one of the oldest of the group. Kashif's mother is trying to cure his addiction. His brother contracted AIDs from dirty needles and died from the disease. "I spent 12 years trying to save him", she says. She is the exception to the rule in Pakistan, where the HIV-infected are labelled sinners and forced to leave home. 100,000 are thought to be infected in the city, but most hide their shameful illness. For every casualty of Karachi's heroin problem, there are new addicts to take their place; new customers for the drug gangs, whose overlords, like the enigmatic "Balu", are the de facto mayors of entire neighbourhoods, and fund local schools and hospitals. Bribery keeps the police at bay. "In every criminal matter, we start by investigating the policemen in that department", says inspector Raja. Transporting us from police raids, to AIDS clinics, to the homes of prostitutes, Godforsaken is an expansive look at the problem the Pakistani government is trying to ignore and those confronting it. WATCH MORE.
JOIN THE DISCUSSION
FULL SYNOPSIS