The definitive account of the social movement that rocked Wall Street. 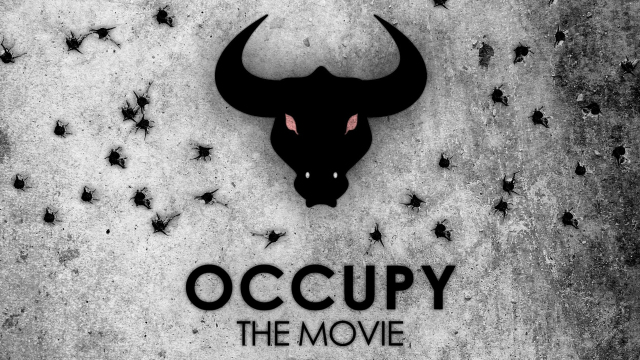 In September 2011, thousands of strangers gathered in the most important financial district in the world. They set up camp, sat down and waited. This was the beginning of Occupy Wall Street, the social protest against financial inequality that soon became a global phenomenon. This beautifully shot doc assembles cogent analysis from thinkers, journalists and the activists who took over the streets, to assess the state of a nation during the biggest social uprising in recent history. Could a movement without a leader actually change the world?

"This was the outburst, this was the tantrum, the rebellion that had to happen" says Michael Levitin, co-editor of the Occupied Wall Street Journal. "You had to take over, physically occupy, and ignore beatings from police. We had to do that as a tactic to wake this country up." Why? In the aftermath of the 2008 global financial crisis more and more Americans faced higher living costs, stagnant wages and ever increasing debt. The "too big to fail" banks that had failed were bailed out, only to become "too bigger to fail than they were before!" in the words of media theorist Douglas Rushkoff. With no-nonsense gusto this doc uncovers the ties that bind the public's money to risk-based corporate markets, revealing a web of power encircling the individual right up to the American media, Federal Reserve and Presidential administration. But how do you translate entrenched unfairness into social change? For the desperate and exasperated, all roads of protest suddenly converged on the heart of the beast: Wall Street. "I just remember thinking well, yeah, good luck, like you're gonna occupy Wall Street" says Andy Bichlbaum, one of the Yes Men activists. But soon thousands of hopeful strangers descended on Zuccoti Park in peaceful protest. Encouraging the wrath of right-wing news outlets and state authorities, raw footage shows the beatings, pepper sprays, assaults and demolitions weathered by the occupiers. As the movement's resilience in the face of opposition encouraged hope, Occupy spread internationally like wildfire in what looked like a worldwide demand for capitalism's flaws to be fixed. "There's no one leader." says philosopher Cornel West of the movement, "all the voices are lifted and it's a conversation". But without fixed leadership, the personal hardships of the organizers tasked with "steering the ship" appear damaging. When more hard-core and even violent factions of the protest threaten to cause an ideological rift, how can the movement assemble and move forward? In this focused appraisal of the Occupy movement we are shown the fascinating inner-workings of a wave of civil change not seen since Martin Luther King's marches. "There are generations that complete the journey" says union leader Stuart Applebaum. Whether or not Occupy changed the world or fizzled out in the process, this film shows the presence that it now occupies in the bigger picture of global welfare. "I think that's what we do with social change. Our role is to move social change forward" says Applebaum.
FULL SYNOPSIS 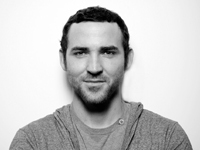 Themes of activism and social change dominate Corey Ogilvie’s work. An acclaimed director, editor, and cinematographer, many describe Corey’s comprehensive style as minimalist, placing emphasis on narrative concision and emotive rhythm. He has interviewed prominent world figures including Barack Obama, Noam Chomsky, Hans Blix, Owen Wilson, Kobe Bryant, Ron Howard, Rex Weyler and many more. Since 2008, he has completed four documentaries that have toured international film festival circuits. His first documentary, Think Peace: Portrait of a 21st Century Movement, explores various issues & viewpoints that discusses the failure of the initiative, and contemplates on peace as an ideology. Ogilvie followed that up with the 6 minute short documentary A Requiem for Che, a modern day historical portrait of Che's image of Cuba, now and then. That same year, he co-directed (with Alex Kleider), the full-length documentary Streets of Plenty. The film chronicles one man's perilous challenge to live in the harsh winter streets of Vancouver's downtown east side ghetto for 31 days. Ogilvie’s most recent project, Nash, chronicles the life of NBA All Star Steve Nash as he tries to navigate his way through the toils of professional sports while trying to leave a lasting legacy on and off the court. The film stars
Nash alongside David Beckham, Kobe Bryant, Snoop Dogg, Doug Ellin and Min Yao. 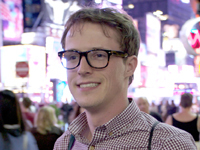 Andrew Halliwell has established himself as an award-winning film producer and composer. An accomplished actor as well, Halliwell has appeared in a number of projects for film and television for almost a decade. In 2008, Halliwell was honored for his composing talents with a Leo award for Best Musical Score in a Short Drama for Shark Out Of Water and was nominated that same year for Best Short Drama for the same film. Andrew’s career started as an actor in film and television, which then lead him to produce and host his own science and technology series, ipsoFactory. Andrew’s interest in this film is derived from his passion to think critically about the tenets of society that we tend to accept as unalterable. After being in New York City and experiencing the Occupy movement firsthand, Andrew understands the importance of highlighting the realistic, achievable demands of the 99%. 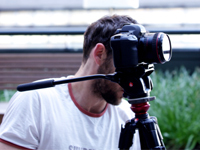 After the Occupy movement ignited in the fall of 2011, Corey Ogilvie, a filmmaker who has worked on social justice films before, knew he had found his next project. He tested the waters and released a free short documentary called ‘I Am Not Moving’, which went viral and totaled over 1 million hits in 2 months. From November 2011 to September 2012, Corey worked alongside producer Andrew Halliwell and co-producer Liam Leahy to film in Boston, New York, Washington, and other locations, and then edit a 2 hr feature film from 50 interviews and 400 hrs of content. The final edit was complete by Sept 17, 2012, one year exactly after the Occupy movement was born.