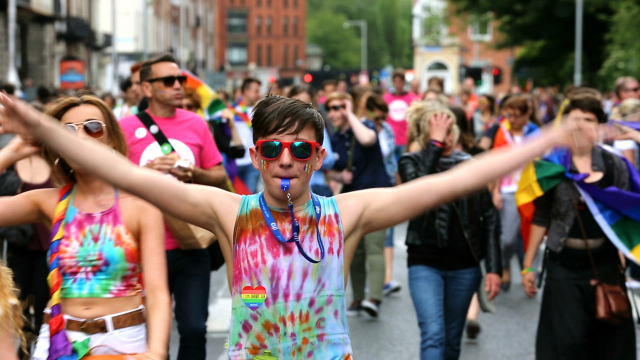 Tradition was upended and the role of the Church called into question in May when same-sex marriage was voted legal in Ireland. In this report, we hear from campaigners from both sides of the debate.

"We came from being so marginalised, it feels like a dream", explains Kieran Rose, a marriage equality campaigner. Just over two decades ago in Ireland, a gay man could be jailed for having sex. So how did Ireland's gay marriage referendum end up with nearly two thirds of voters backing the 'Yes' case? A slick media campaign was just part of the reason, with broad support from ordinary Irish families being the real key to success. "The ever-loving God that I believe in would tell me I did the right thing", says Brighid, a 78-year-old 'Yes' campaigner. On the other side we meet 'No' campaigner Father Vincent Twombly: "It was David against Goliath. In this case, Goliath unfortunately won." While the Church dug in for a 'No' vote, many prominent Catholics took the 'Yes' side. In a remarkable shift the nation, which had obeyed the Catholic Church for centuries, has turned its back on tradition.
FULL SYNOPSIS
TRANSCRIPT