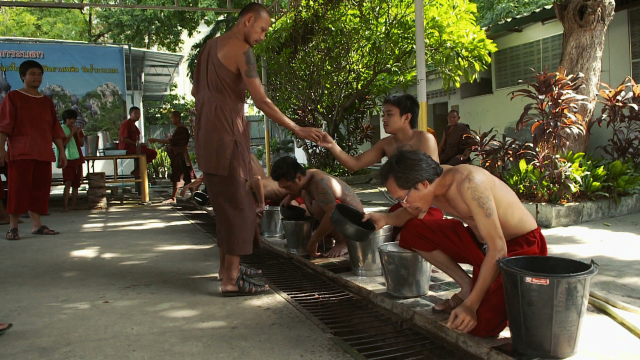 In Thailand, Buddhist monks have developed an extreme method for treating Ice addicts. It's helped over 100,000 people get off drugs over the past 55 years and the temple claims a 90% success rate among foreigners.

"From a mother's perspective I had to do something, because I could slowly see him killing himself", says Julie. Having discovered a seven month waiting list for each of the few rehab centres in Australia, Julie looked to the HOPE rehabilitation centre in Thailand where Australian addicts make up over half of their patients. Also desperate to kick his addiction, Steve has travelled to the infamous Wat Tham Krabok temple in the north of Thailand, a temple known as "The Vomiting Temple" for its brutal rehabilitation techniques. At the temple, addicts drink nothing but secret herbal remedies and are forced to vomit rigorously for 5 days. The monks claim that, among foreigners, only 10% of patients ever use drugs again. Steve is a firm believer, revealing, "It's saved my life mate, it's saved my life".
FULL SYNOPSIS
TRANSCRIPT