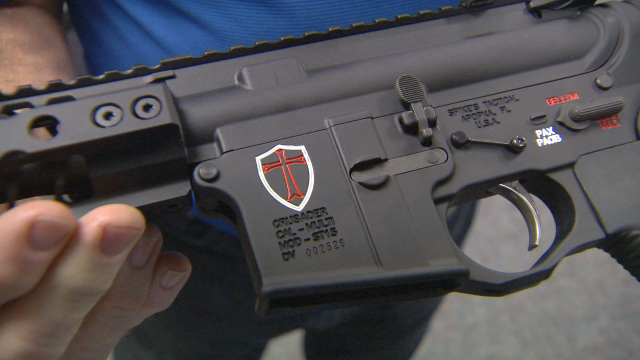 Mass shootings in schools and churches have become a regular occurrence in America. Christians in the south have responded by arming themselves, calling upon their God-given right to firearms.

"We as Christian people can be people of faith and also be people of firearms. No contradiction", says Pastor Ken Pegano. With an unshakable faith in both God and guns, Ken advocates the carrying of firearms and encourages his congregation to do so too, even holding raffles to win guns during services. The intertwining of faith and weaponry permeates life in the Bible Belt, where many believe that their right to carry a weapon is granted by God and it is the only way for them to protect themselves. One churchgoer explains, "Church is always first and then we always go to the gunnery and just shoot and interact as a family". Even specialised 'Christian' weapons engraved with scriptures are being produced. Yet as mass shootings continue to occur at a worrying rate, others call for tougher regulations. "As Christians, if we are going to ask the nation to be less violent, then we should demonstrate that", says the granddaughter of a victim of the recent Charleston Church shooting. Among all these churches in Kentucky there stands a small mosque. "We would be labelled as terrorists if we gave away guns at the mosque", says the Imam. "And personally, I would never allow that. This is place where people come in and worship and connect to God, it is not a place to come in and learn how to fight."
FULL SYNOPSIS
TRANSCRIPT