Ghosts From The Past

An ex-con faces up to his past, dragging two sisters back into a painful shared youth of incest and abuse 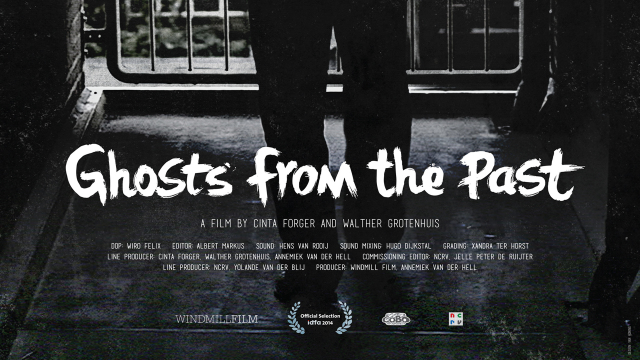 Hardened ex-con and junkie Viggo comes from a bizarre and mysteriously incestuous family background. Asking himself how he changed from a sensitive boy to a hardened criminal, he begins a painful journey back into his past. Drawing on a rich family archive, Viggo and his sisters struggle to come to terms with the sexual relationships that defined their family. An extraordinarily powerful portrait of a family that lost its way.

"All I basically did was keep busy so I didn't have time to stop and think. Not until I ended up in jail did I start thinking about my life." After a traumatic childhood, tainted by physical and sexual abuse at the hands of his father and brother, Viggo descended into criminality. This lifestyle, however, came to an abrupt end when he found himself incarcerated. "Then I thought 'I've had a great life, you know.' But the more I thought about it, the clearer it became to me that I didn't have a great life at all, really." It was this moment of realisation that set Viggo on a new path towards a better future, a future which began with facing his past. It was his sister Vonnie, though, that really bore the full brunt of their father's behaviour. When their mother died whilst the children were all young, it was Vonnie that was forced into her position as mother to the children, and wife to her father. "It's a gradual thing. It starts off with very small things. And at a certain point we started having a relationship." This culminated with bearing her child's father in her early twenties. "I was 21. I got pregnant by Dad. Dad arranged for it to be aborted." But it was keeping her second child that really cemented their relationship, whilst damaging the rest of family. When their father's attention was consumed by the new child, Viggo especially was affected. His childhood desire to impress his father, combined with the fear and horror he felt, left him in an emotional quandary. Although his father's attention had proved disastrous, the lack of it seemed no better for him. "I started to demand his attention. I got jealous. So I began to use lots of heroin. Then I went up to Dad and said: 'Dad, I'm hooked.' ... And Dad said: 'Right, but where's little Vonnie?'" The further they delve into their past together, the more Viggo and his sisters realise that making peace with their past won't be a quick fix. However far the family have tried to escape this history, they still find the black shadow of their father looming over them.
FULL SYNOPSIS 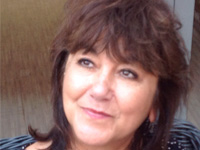 Cinta Forger and Walther Grotenhuis have been working for almost 40 years as documentary makers for Dutch Public TV. It is their ambition to get to know extraordinary worlds and introducing these to the public. They filmed in all continents and their work has been selected for dozens of festivals. And were awarded a Golden Panda in China, nominated for the Golden Rose and IDFA, and their work was shown in more than 50 countries. 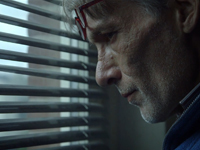 It is said that those who do not remember their past are doomed to repeat it. Viggo's life story raises questions on how possible it is to genuinely leave the shadows of the past behind.

Recent investigations suggest that 1 in 3 children in Holland has been the subject of sexual abuse. When we met Viggo he was in the process of recollecting his youth and criminal adult life. As a child he was abused, and in his turn has inflicted the same on others. He has decided to break the shackles of his past and to forge a new future. But how detrimental is Viggo's upbringing to this aspiration? Is it possible for him to have a fresh start?

Viggo is, in our opinion, someone that deserves respect; he does not resign himself to being moulded by the past. Now at fifty-five years of age, he is determined to find a different path. Whether he succeeds or not does not matter; the attempt itself commands respect.

One of Viggo's demons – his father – happened to be a talented amateur film maker, and left the family films and tapes reflecting his ideal of a family. This, and Viggo's amazing story, inspired us to film his journey and his fight against the ghosts from the past.