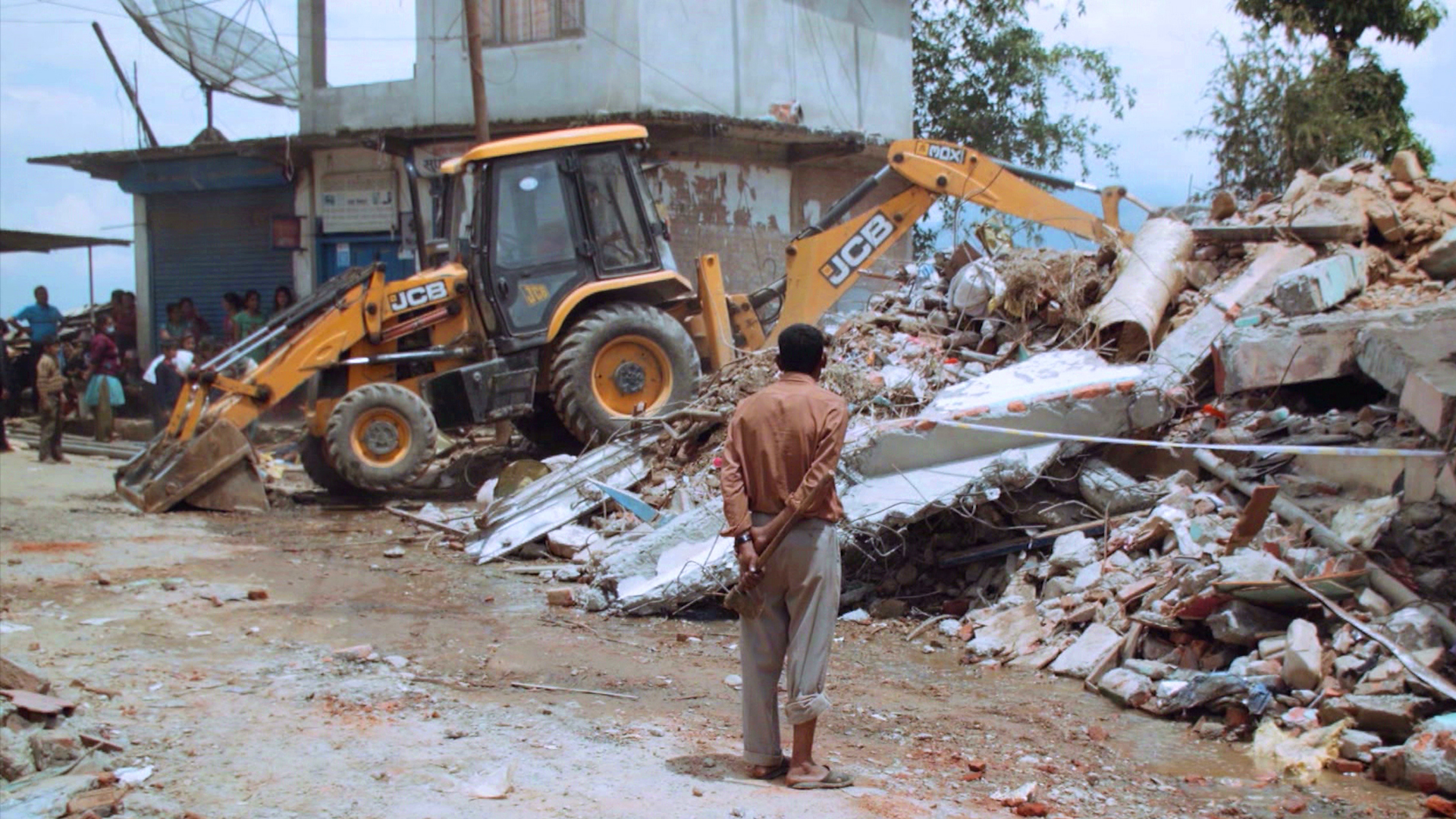 On the anniversary of Nepal's devastating earthquake, the rubble of ancient temples are shrines to Kathmandu's loss. Tens of thousands remain homeless - but as the country looks to a more democratic future, hope can still be found.

Nepal was tragically unprepared for the earthquake last April. Over 8000 people were killed just minutes. "People have learned a lot", says Krishna Dharel. They "started to sense that it is not earthquakes that kill people, its poor building". Yet as monsoon season approaches, the homeless living at the top of the world have little choice but to rebuild with the same fatal stones. Like many of those affected, Kathmandu politician Gagan Thapa is anxious. "What if an earthquake of the same magnitude hits Kathmandu tomorrow. Are we better prepared?" he asks himself. "No". For the post-Maoist government has been crippled by corruption and political turmoil over a divisive constitution. Millions of dollars of aid lies unspent, and not one home has been rebuilt by the government. But as The National Reconstruction Authority finally opens its doors this week, local journalist Kamal Bhattarai believes the constitution offers a new hope. "We still have time, and if our politicians seize this moment, this is an historic opportunity to rebuild Nepal".
FULL SYNOPSIS
TRANSCRIPT