In Africa's last colony, a cultural revolution is providing a means of escape for the Sahrawi people 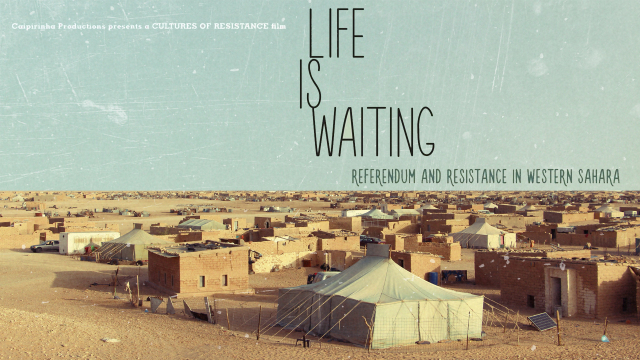 Forty years after being promised freedom by departing Spanish rulers, the Western Sahara remains Africa's last colony, and the Sahrawi people have lived under the oppressive occupation of Morocco since 1975. With a UN ceasefire halting all armed opposition in 1991 the Sahrawi have adopted a non-violent approach to resistance; defying their occupiers through art and music in the hope that a cultural revolution will bring them the freedom they so desire.

"Sahara! Freedom! No alternative but self-determination!" screams a female protester: her arms held defiantly aloft, the flag of Western Sahara draped around her neck. Along with thousands of other Sahrawis, she has taken to the streets of Madrid in what has become an annual protest against the Moroccan occupation of her homeland. Their demands are simple: the return of their homeland to its rightful and native occupants. Whilst the 20th Century saw nations throughout the African continent liberated from colonization, the small northern territory of Western Sahara remained an occupied state. As the Spanish retreated in 1975, they split the country in two: handing the southern half to Mauritiana and the north to Morocco. The Moroccan government proceeded to persecute and oppress the Sahrawi natives, driving them from their land, exploiting their natural resources and brutally repressing any form of resistance, often with the use of chemical weapons. "Morocco are the occupiers, we are the occupied...it is a global shame" laments one protester. Following the UN-brokered ceasefire of 1991, and in the face of Morocco's vastly superior firepower, the people of Western Sahara have turned to art, music and creativity; not only as a way of venting their collective frustration, but also as a way of alerting the world that their struggle for autonomy continues to this day. "Young Sahrawis have decided to look for other ways of expression other than the rifle...art can reach further than a bullet or a missile" explains one activist. As Morrocco continues to occupy and oppress, creative self-expression has become the primary form of resistance for this new generation of Sahrawi. As one activist explains, "Morocco is trying to erase the Sahrawi identity...we are trying to show people what life is like here - we want to spread our message to the world".
FULL SYNOPSIS
TRANSCRIPT