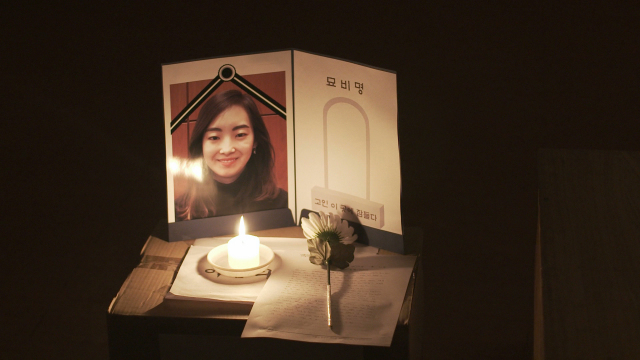 Lurking behind South Korea's high-tech and hard-working culture of capitalism are the world's highest suicide rates. We look at how young and old are affected, and some of the most extreme safeguards.

"Koreans live in a fiercely competitive society. You have to get things done quickly, everything is about money" says insurance salesman, Beon Sung Hun. In a country that has gone from poverty to power in a single generation, a suicide is said to take place every 33 seconds. Beon has considered suicide, but has since decided to undergo a fake funeral, in a bid for a new start. Dressed in 'robes of the dead', visitors are encouraged to visualise their friends and families laying flowers as their coffin is lowered, before they say goodbye in a suicide note and finally draw a picture of their tomb stone. "The culture of respect for life has recently suffered great damage" says Hong Jin Pyo of Korea's suicide prevention centre, blaming the drastic move from Confucianism to capitalism.
FULL SYNOPSIS
TRANSCRIPT