A terrifying insight into Cambodia's dictatorship, and the targeted killings they use to control the population. 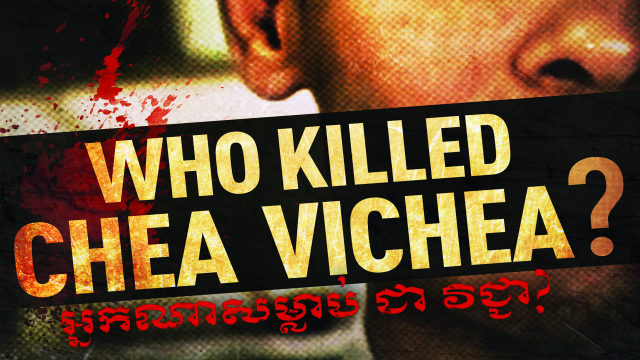 Who Killed Chea Vichea is the tragic story of a man killed by the state for his drive to help people. The investigation into Vichea's murder reveals that the criminality of Cambodia's ruling elite has no bounds, and they will do anything to cling to power, and the wealth and impunity it bestows. Director Bradley Cox tracks down witnesses, government officials, and former policeman to try and uncover the identities of Chea Vichea's murderers.

"Please help us! I never killed anybody! This is injustice!" cries Sok Sam Ouen as he and Born Samnang are dragged from the courtroom. Sentenced to twenty years for the murder of Chea Vichea, the two men are inconsolable. The political opposition, the press, the workers, all are incensed and disgusted at the sentence. Yet another miscarriage of justice in Cambodia. It only serves to reinforce the people's belief that "a Cambodian's life is worth the same as a chicken". On 22nd January 2004 Chea Vichea was gunned down outside a news stand on the streets of Phnom Penh. A champion and protector of the workers his death was mourned by millions, one grieving woman declared "it's like we don't have anyone to rely on anymore. it's like losing a mother". Despite both having concrete alibis, Sok Sam Ouen and Born Samnang were convicted of his murder. "They had to arrest somebody", says opposition figure Sam Rainsy, "they had to do something for the show". The police and executive carefully chose the two 'murderers', fabricated evidence, and pushed the case through the impotent courts. One former government official discloses that, "if a judge makes a decision on his own, the consequence could be fatal". Vichea's murder, and Ouen's and Samnang's convictions, highlighted the dangers of opposing Hun Sen's kleptocratic rule. One former policeman revealed how he was ordered to assassinate opposition activists, after which they would "feed them to the crocodiles". But Hun Sen is lauded globally, Cambodia's importance to the West as a manufacturer prevents international criticism. "This is a government that's corrupt, that murders people, violates human rights, and the U.S. Embassy says human rights have improved", laments Chea Mony, Chea Vichea's brother. As he is led back to prison after his unsuccessful appeal, Sok Sam Ouen howls "It's an injustice! It's no different than the Khmer Rouge!". After Who Killed Chea Vichea, it's hard to disagree with him.
FULL SYNOPSIS
TRANSCRIPT 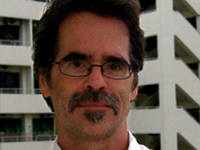 Director Bradley Cox lived in Cambodia for almost five years. He captured the story of Chea Vichea's murder as it unfolded on the streets and in the courtrooms of Cambodia. He previously made the documentary Cambodia: Anatomy of an Election and was a co-founder of Bhutan's first film school. Before moving to Asia, he worked as a screenwriter and director in Los Angeles and his fiction and non-fiction movies have won numerous film festival awards. He currently lives and works in Bangkok, Thailand. 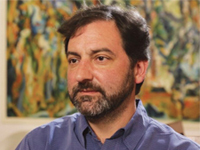 Producer Rich Garella lived in Cambodia for most of 1995 - 2003. He was managing editor of The Cambodia Daily, and later worked as press secretary for Cambodia's main opposition party. He co-wrote and produced Polygraph for MoveOn.org's "Bush in 30 Seconds" project in 2004; the ad was broadcast nationally. With Eric Pape, he wrote A Tragedy of No Importance, about the 1997 grenade attack against the Cambodian opposition. 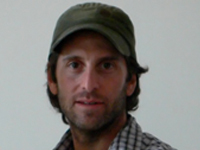 Producer Jeffrey Saunders is an Emmy-nominated filmmaker and founder of CinemaCapital, an independent production and distribution company based in New York City. His films have been selected at international festivals including the Berlin Film Festival, IDFA, SWSX and Thessaloniki, and acquired by broadcasters including Sundance, ARTE, TF1, ZDF and SBS. His feature film Goal Dreams was selected as one of the top ten “Movies that Matter” by Amnesty International in 2006. 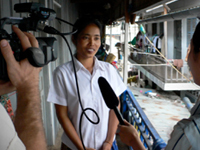 In 1999, Cambodian garment workers demanding decent wages and working conditions found their leader in Chea Vichea. As president of Cambodia’s free trade union, he stood with them despite beatings and death threats. Until a sunny morning in 2004. As Vichea read the paper at a sidewalk newsstand, three bullets silenced him forever. Under intense international pressure, the police arrested two men and extracted a confession. They were sentenced to 20 years each. But did they have anything to do with the crime? What seems at first to be justice done starts to look like a frame-up. And the implications reach far beyond the police station and the courtroom: to the headquarters of the ruling party and to the garment trade that is Cambodia’s economic lifeblood. Director Bradley Cox shot Who Killed Chea Vichea? over five years, covering events as they happened and tracking down witnesses in a country where knowing too much can cost you your life. Since the completion of the film in 2010, the police in Cambodia have stopped two attempts to screen it and the Cambodian authorities announced that it is "forbidden" to screen it publicly there. Who Killed Chea Vichea? is a highly charged murder mystery, a political thriller, and a documentary like no other.