Is Venezuela a failed state? 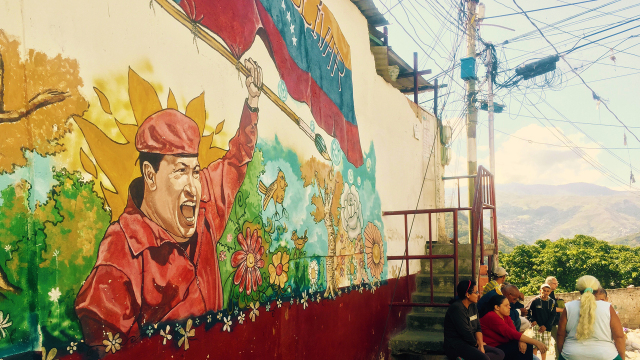 It's got more oil than any country on the planet but its people eat garbage and gangsters rule. Defying a media ban, ABC Foreign Correspondent goes undercover in the onetime socialist idyll of Venezuela.

Under Nicolas Maduro, the oil-rich country has become a failing state. A week in the capital Caracas revealed a city on the edge of destruction."They are fine in the government, they eat", one woman clutching a baby says in disgust as she queues for food. The only business that's booming is crime. With close to 4,000 murders a year, Caracas is becoming the most dangerous city in Latin America. Open elections are a thing of the past. Opposition leader Maria Corina Machado says, "even though today over 80 per cent of the population is desperate for a profound change, they have realised that they no longer can have even uncompetitive elections".
FULL SYNOPSIS
TRANSCRIPT