The story of how one man's murder brought together Rio's slums 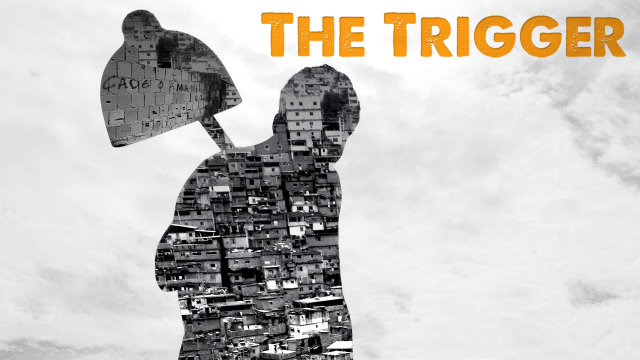 For decades there has been an ongoing war between the police and the deprived population of the Rocinha favela in Rio de Janeiro. After the torture and murder of Amarildo de Souza by the police, the community came together to fight against the systematic extermination and persecution of their people. It was the trigger that inspired a nation-wide re-evaluation of the role of the people.

"The policeman broke into my home, pointed an assault rifle at my 15-year-old daughter", recounts Rocinha resident and activist, Duda. His mother continues, "he put a gun in his face and the other one said: 'Kill him. Kill him now!'. My grandson said: 'Mum, Granny, they are going to kill Duda!". This is an everyday scene in Rocinha, where the police rule with an iron fist. "We have a punitive system that works to try and control these populations. As if the problem of criminality in Rio de Janeiro were solely the responsibility of the slum populations", explains political scientist Carlos Serra. One victim of this system was Amarildo de Souza. Seized in a police raid, he was never seen again. Through the fog of corruption and the fabrication of evidence it became clear that Amarildo had been brutally tortured for two hours, murdered, and disappeared. His name became a rallying cry for the city's disenfranchised. Amarildo's story is one repeated dozens of times a year. Those who question the police are removed from the equation, under accusations of drug or weapons trafficking. "They are immediately branded as drug dealers. Why? Because the drug dealers gas been stripped of his humanity. So killing a drug dealer is no crime", says political scientist Dr. Francisco Carlos Teixeira. Tired of the killings Rocinha stood up to the police state, led by Duda. "That was a moment of catharsis", explains human rights activist Guilherme Pimental, "when the whole hill had come down because of one man's disappearance and it was a moment to breathe". The media attention threw a spotlight on the extraordinarily high levels of police violence in Brazil, especially when riot police were used at demonstrations by the middle classes. A hangover from Brazil's military dictatorship, the Police State seeks "not to be legitimised, but it seeks affirmation through terror", reveals Judge Joao Damasceno. The Trigger is a rousing call for justice for the disappeared of Rocinha, and an unsettling exposition of the brutality of Brazil's law enforcement.
FULL SYNOPSIS
TRANSCRIPT

RODRIGO MAC NIVEN, director and writer has become one of the most compelling filmmakers of his generation. His films, which deal with global issues from local realities have transformed the lives of many people, traveled the world for film festivals, won recognition and continue to be shown on television and at events in Brazil, generating much discussion and leaving a legacy indispensable to the world.