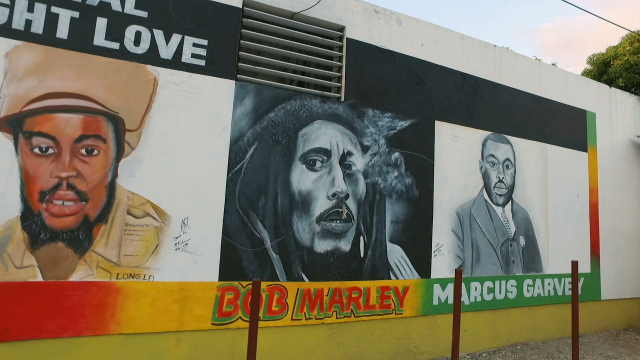 Jamaica's musical heritage is rich and diverse; a fusion of ska, reggae, dub and dancehall. But the rise of a particular genre has revealed an ugly subculture of homophobia and "murder music".

"Globally the message of reggae has been consciousness raising, chanting down oppression. Reggae became a 'rhythm of resistance' to quote Bob Marley", says Jamaican author Carolyn Cooper. Marley's influence has inspired Jamaica and the rest of the world, but his lyrics of peace and love are contradicted by the undercurrents of violence in the social fabric of his home country. LGBT activist Dane Lewis has spoken out against anti-gay music. "In the mid to late 90s there emerged this overtly aggressive lyric, particularly aimed at the LGBT community." Some dancehall songs openly call for gay men to be shot or burnt. However Dane remains optimistic for the future. "We know that change can happen. I think at the heart of Jamaican people is that one love. Our differences can be celebrated."
FULL SYNOPSIS
TRANSCRIPT