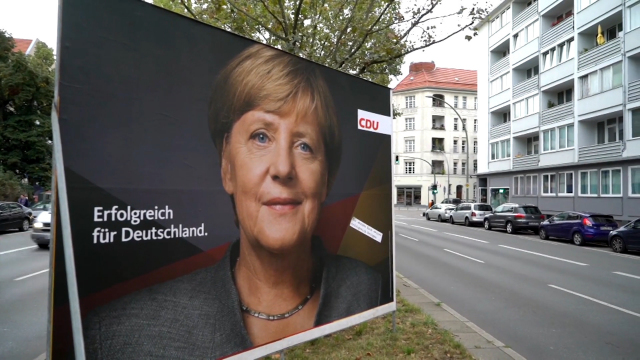 The German right wing party AfD has been voted into parliament with the third largest share in votes. Many say their surge is due to Angela Merkel's controversial refugee policies, but is it that simple?

"For the country in general, I think she made the right choices", comments a passer-by in Berlin's subway, on the eve of the election. But not everyone in Germany shares this optimism about Angela Merkel. Opponents of her pro-immigration policies, like the Nationalist AfD party, accuse her of diluting German values: "New Germans? We must make them ourselves", proclaims one AfD campaign poster. Elsewhere her former allies in the SPD blame her for allowing the AfD's surge in popularity. "Not willingly but unwillingly she helped them to grow", argues Tim Renner, a candidate for Parliament in Berlin. Merkel's majority may have held, but in many ways it is more fragile than ever.
FULL SYNOPSIS
TRANSCRIPT