Will Mugabe's fall from power end his sons' jet-setting lifestyle? 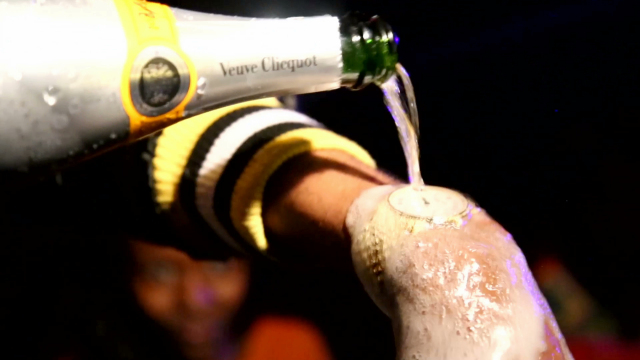 Pouring champagne over a luxury watch to prove it's real is the kind of excessive behaviour that enraged Zimbabweans. After Mugabe's fall from power more news of his family's lavish lifestyle has come to light.

"If they want to show people that they are eating money, it's their own money, I don't see anything wrong with that", says Serge Cabonage, self-appointed godfather of the party scene of Johannesburg, where the Mugabe boys have found a second home. Bellarmine Chatunga and Robert Junior have earned themselves an international reputation for party excess and big spending. In Jobel, however, on the other side of Johannesburg, Zimbabweans are struggling to find work after their economy collapsed under Mugabe's rule. And to see this behaviour "is very, very painful for a common Zimbabwean", says one woman. "They should take away all that they gave to those boys", says a young Zimbabwean, "the state is paying for that".
FULL SYNOPSIS
TRANSCRIPT